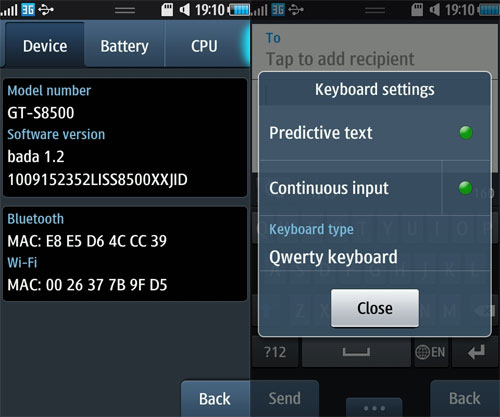 In other words, expect to have all the goodies the upcoming Wave II running on your original Wave smartphone.

We don’t know the release date(s), but it looks like this update is for the European Samsung Wave, only. That, of course, doesn’t mean Wave owners living in Asia won’t get this firmware too — it only means Europeans will be the first to taste it… As soon as it’s officially released, we’ll talk about it on IntoMobile. Stay tuned.

Remember that Palm Pre-esque Motorola XT300 we've seen back in August? It has been officially announced by the American handset...