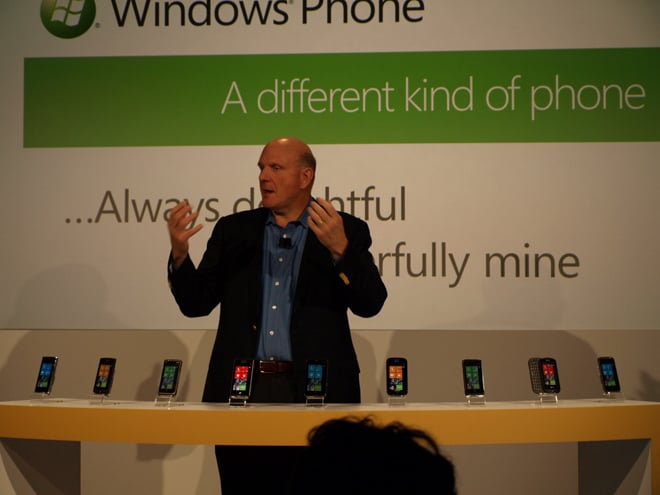 Microsoft kicked off its Windows Phone 7 press event in a big way by announcing nine  new handsets that will land at 30 carriers worldwide. We won’t waste your time and will get down and dirty with details right away. The short list includes the following nine handsets presented in no particular order:

Not mentioned on this list is the HTC  7 Pro, a 3.6-inch QWERTY slider slated to land on Sprint in 2011 and the LG Optimus 7Q, a QWERTY variant of the Optimus 7 mentioned in LG’s press release but is actually the Quantum.

These above handsets form the core of Microsoft’s initial Windows Phone 7 offerings. Each handset will launch on one or more carriers worldwide. This exhaustive list of Windows Phone handsets organized by region and carrier is as follows:

All these above handsets will be available for sale starting October 21st in Europe and Asia and in early November in North America. Full press release is after the break.

AT&T has shown off the HTC Surround at the official announcement of Windows Phone 7. The more specific details are...