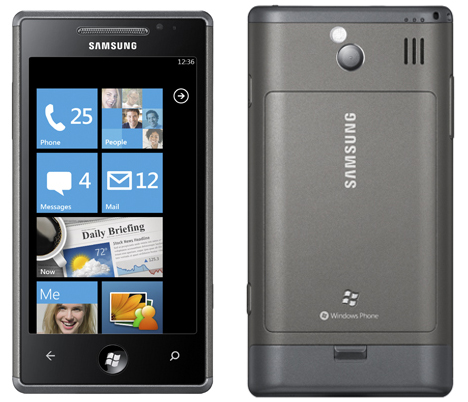 The Samsung Omnia 7 has a made an early debut courtesy of Samsung’s Russian website. The Omnia 7 revealed itself last month and was thought to be the GT-i8700. The press photos above of the Omnia 7 are almost identical to the previously leaked GT-i8700 shots, confirming the two models are the same handset with the GT-i8700 as the model number and the Omnia 7 as the official launch name.

Look for the Omnia 7 and a slew of other Windows Phone handsets to become official in the next few hours. Hopefully later today, we can add carrier names and launch details to this already impressive set of specs. Stay tuned.

Windows Phone 7 launch event is tomorrow, our coverage begins at 9:00AM EDT/6:00AM PDT

October 11th is almost upon us and Microsoft's official launch event for Windows Phone 7 is a less than 10...