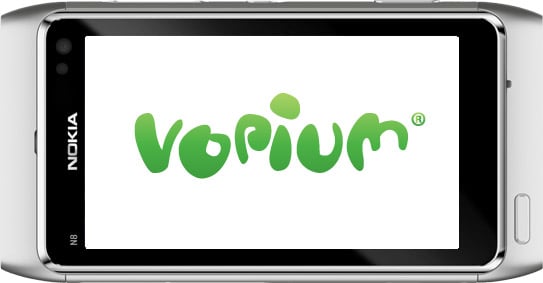 Vopium is all proud to announce they are the first company to release a VoIP application for the newly launched Nokia N8. Using the free to download application, the Symbian^3-powered smartphone users can take and make free calls to other Vopium and Skype users, while saving on calls to land and mobile phones. Additionally, Vopium also comes with instant messaging capabilities, allowing users to keep up with their buddies on Facebook, Skype, Windows Live Messenger, Google Talk, AIM, Yahoo, ICQ and Twitter.

And to celebrate the launch, the company is currently offering new users fifteen minutes of free worldwide calls.

Releasing of the Symbian app doesn’t come as a surprise as we’ve seen Vopium joining the Symbian Foundation back in September of last year. I’m not sure why it took so long to release the app, but the good news is that it’s here now, readily waiting at Vopium’s website.

In addition to Symbian, Vopium is also available for the iOS and Android smartphone users.

Smith Micro Software is joining the mobile local search market with its iPhone app - Locality. The application relies on...