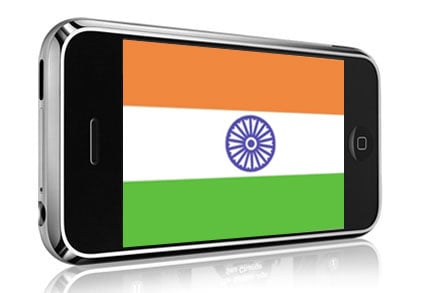 Apple is reportedly in talks to bring the CDMA iPhone to India. According to the report in the Wall Street Journal, Apple has been negotiating with both Reliance Communications and Tata Teleservices for five months. The two wireless carriers operate CDMA-based networks and have a combined subscriber base of about 100 million users. It’s a win-win situation for both parties involved. Apple would get a crack at millions of new users and the addition of the iPhone would help these wireless carriers compete in a market dominated by GSM handsets including those from Nokia, HTC, Motorola, and RIM.

This latest rumor comes hot on the heels of a bevy of rumors pointing to the imminent launch of a CDMA-based iPhone from Apple. Several major news outlets like the Wall Street Journal, Bloomberg, and the New York Times has been reporting on the CDMA iPhone for several months. These reports suggest this elusive handset is slated to hit Verizon Wireless in the US and China Telecom in China. Add India into the mix and you have the makings of a worldwide launch for this rumored smartphone from Apple.

Before you throw up your hands and complain about another CDMA iPhone rumor, please bear with us. Until this handset is confirmed or denied by official sources, we will continue to see a steady stream of information from “people familiar with the matter”. While I am tired of this endless parade of speculation, I do believe there are too many rumors from several different sources for the CDMA iPhone to be a fake. I believe Apple has a CDMA iPhone in production and is negotiating with carriers around the world. Whether this handset will land with Verizon Wireless remains to be seen but we will see it debut in one form or another sometime next year. I can stand a few more rumors as long as I believe, they will pan out eventually. Does anyone agree?

The Japanese mobile social gaming site DeNA will be paying up to $403 million for the Apple iPhone game maker...