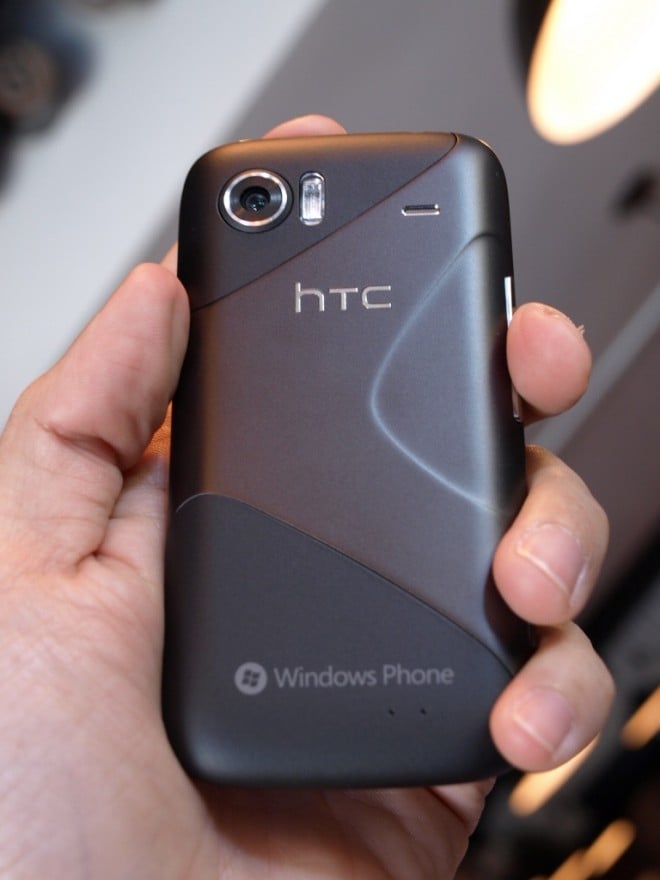 When it comes to Windows Phone 7 devices, the HTC Mozart tops the charts for unique industrial design and boasts the highest-megapixel camera of any WP7 device yet announced. HTC went live with their handful of WP7 phones at the Microsoft Windows Phone 7 press conference, so we had to put our grubby mitts all over the Mozart and its aluminum unibody frame and 8-megapixel camera. We’ve been drooling over the Mozart almost as long as we’ve been gunning for a chance to put hands on Microsoft’s new mobile operating system.

The “Mozart” codename has been floating around the blogosphere by way of spy pics and various leaks for a while now, so it’s good to finally handle the smartphone in real life. The handset is as impressive as the HTC Incredible, but offers up WP7 in place of Android. It sports the only 8-megapixel camera of the WP7 bunch. It also features a Xenon flash – just like you point-and-shoot digital camera. It utilizes the innovative and unique aluminum unibody construction that made the HTC Legend so amazing all those months ago.

Strangely, the Mozart uses the first-generation 1GHz Snapdragon processor. HTC’s new Android smartphone lineup makes use of a faster second-gen Snapdragon chip that’s mated to a more powerful GPU, so it’s a bit puzzling as to why the handset maker opted to go the cheaper route for Windows Phone 7. That said, the Mozart is no slouch in the performance department. Flipping through Windows Phone 7 “hubs” and apps is smooth, fast and enjoyable. We stand by the “more power is better” mantra, but sometimes, more power just isn’t necessary. Of course, we reserve the right to change our stance when second-generation WP7 hardware trickles onto the scene.

The unibody casing and frame are solid. As expected, the Mozart feels like it could stand up to some serious abuse. And, because the phone is essentially milled from a single piece of aluminum, the battery and cellular antenna have taken on an innovative design. The battery loads into a slot at the bottom of the phone. You have to pop off a “cap” to access the battery. This cap also doubles as one of the Mozart’s cellular radios. Check the video below for more details.

As for Windows Phone 7, we’ll have a more comprehensive review of the new MS mobile OS soon. From what we’ve managed to gather through demos and hands-on time, the UI is unique and truly easy on the eyes. WP7 is still lacking some key features, but Microsoft is working to bring those to market. Overall, the Mozart is fast and solid. We just wish it had a larger screen.

Earlier this morning, Gizmodo posted an image that it claimed might have been the new iPhone 4 for Verizon. While...