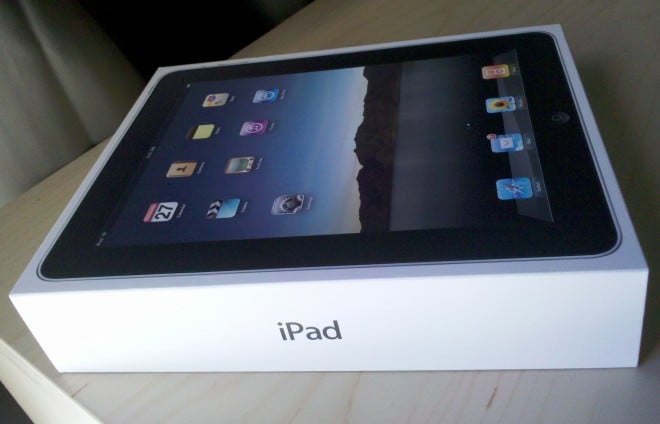 The Apple iPad is attracting some praise from rivals, as the Intel CEO went out of his way to praise the device during the company’s quarterly earnings.

“We think tablets are exciting and fully welcome their arrival. Apple has done a wonderful job reinventing the category,” said Intel CEO Paul Otellini during a conference call. “Will they impact PC sales? Sure, at the margin they probably will.”

The news comes as there has been chatter about if the Apple iPad is eating into the sales of traditional laptops and netbooks. Best Buy CEO said it was significantly but then backed off those statements quickly. It’s likely that the iPad is eating into netbook sales but it could very well be that the netbook category was a passing fad.

The Intel CEO said he expects the tablet space to expand substantially over the next few years and it will be there to support it. The company’s Oak Trail chipset will power a slew of tablets and the Intel CEO said we will see Windows, Android and MeeGo tablets over the coming months and quarters.

The tablet battleground is going to be quite fierce over the next few years and we already have some analysts predicting that Android tablets will outsell the Apple iPad.

Of course, that prediction isn’t too crazy because there should be a plethora of Android devices with that form factor and Apple will likely continue to just pump out one iPad a year. It’s okay with Apple though, as it is far more concerned about profit margins than market share.

As for the other players, the BlackBerry Playbook could be enticing for corporations wanting this type of device. Hewlett-Packard and Palm could also make a big wave with the upcoming PalmPad – I know I’m looking forward to that one.