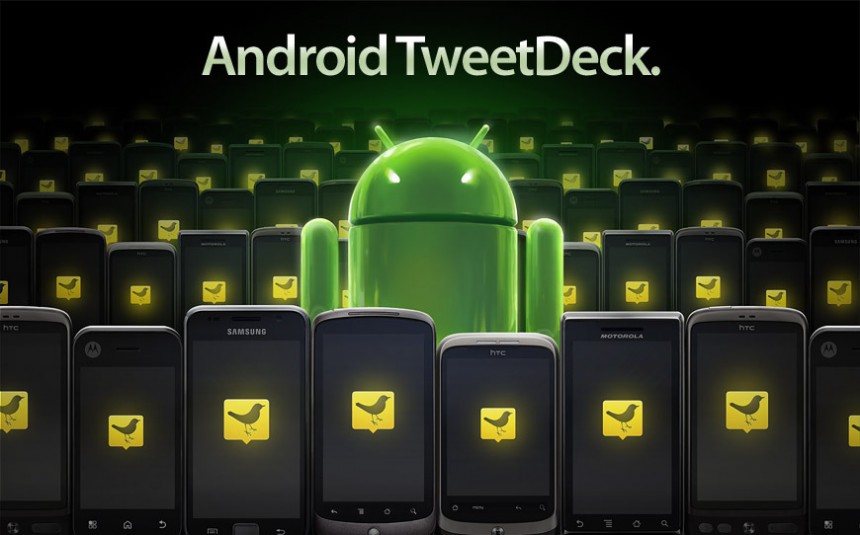 One of the most anticipated Twitter applications for Android, Tweetdeck, is now available for download in the Market. After a series of beta releases, Tweetdeck is now an official 1.0 version and you can grab it now.

There are many Twitter clients on the Android Market today but none of which probably has been as anticipated as this particular app. The only thing is that it’s actually not all that great. Yet.

The iPhone Tweetdeck application still looks better than the Android counterpart and why the Android app was made this way is beyond me. That’s not to say that the app is ugly in any way, but I prefer the look of the iPhone application.

I gave this app a couple of tries with the betas but I eventually switched to something else. It’s not that Tweetdeck is a bad Twitter app, it’s just not as great as some other options out there. This will change over time, but Tweetdeck, to me at least, still seems a little undercooked, especially when you see the iPhone application.

The client is free and offers up most of the functionality that you’d expect to see on the best Twitter app for Android. The UI of the app is different than you’d find on most clients – you may or may not like it – but it gets the job done.

My main complaint about Tweetdeck is that the widgets pretty much suck. They also just get the job done, but I’d much rather have a large widget that covers an entire home panel than a 3 x 3  widgets that looks slightly awkward. Widgets aren’t everything of course, but I’m a fan of them andTweetdeck’s widgets just don’t do it for me.

So if you’ve yet to try this Twitter app yet, we suggest you give it a go. It may be the perfect Twitter client for you, as it’s straight forward and easy to use. I’ll be keeping my eye on this app for updates, but for now I’ll be sticking to Twidroyd. It’s one of the oldest, and best apps for Twitter I’ve seen, and I’m looking forward to see how Tweetdeck competes with the many other options found on Android.

Demo of the app in action:

The T-Mobile G2 is the official successor to the world's first Android phone, the G1. While there have been countless...