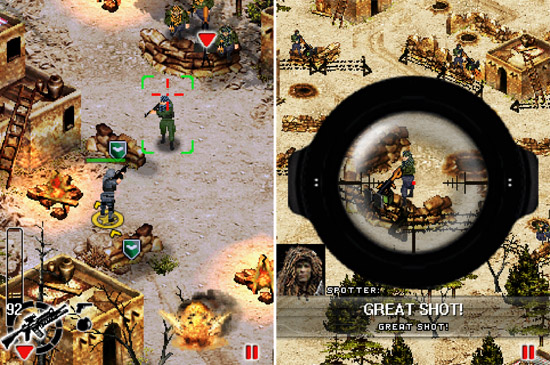 EA is bringing the new Medal of Honor game to the Java ME-enabled feature phone users. Apparently, the game is already available on various Java mobile portals, most likely including the major carrier decks.

If you still haven’t downloaded Medal of Honor, you should know it comes with a nice graphics with some real-time lighting, shadows and over 200 different animations. Moreover, there are 8 levels to play around and four distinct areas of gameplay.

Speaking of gameplay, new Medal of Honor kept its cover-and-shoot style, complete with moving target reticules for headshots. Plus, you will be able to bomb-run with infrared, snipe with a zoom across a large map, and take part in stealth actions equipped with nothing but a knife.

In addition to the mobile version, EA is also releasing the game for popular consoles, but that’s another story and something we usually don’t cover at IntoMobile (no surprises here)…

Future Windows Phone 7 device owners may not get a chance to play Angry Birds right from the start, but...