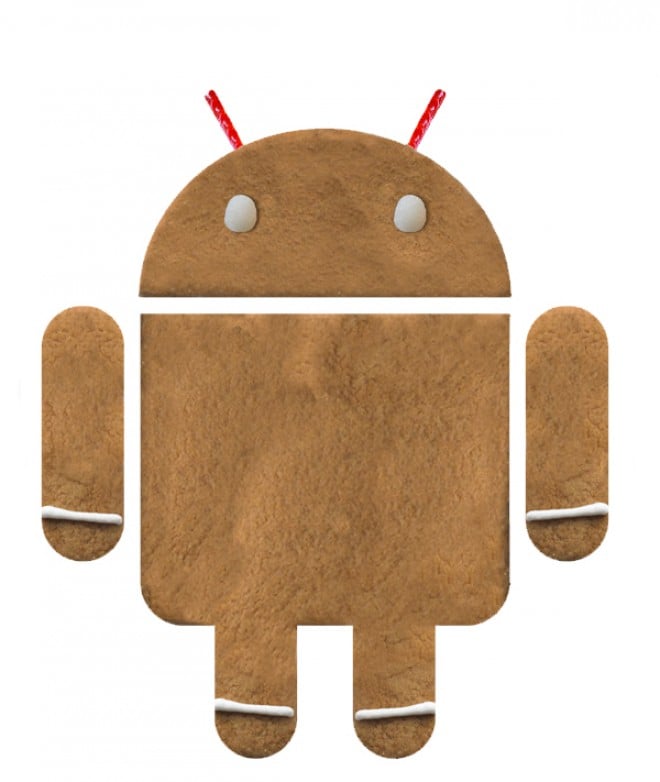 The much-anticipated Android 2.2 follow-up, Gingerbread, is supposed to bring the OS to a whole new level of aesthetic appeal, amongst other things, according to rumors. Today we’re treated to some real details on the next Android OS update from Google.

Phandroid got their hands on the first picture of Gingerbread, and the verdict? We don’t even know. The picture is too badly taken to really pick up on the specific differences. Changes include little details, like the color of notification bar and some some highlight colors. Unfortunately, the picture is just too poor in quality to glean any more of the visual changes that the folks in Mountain View, CA. have baked into the latest version of the Google mobile operating system.

Mr. Blurrycam was a little tired, it seems. The only difference we can see in the leaked pic is that Google is tidying up the homescreen. Icons have been cleaned up a bit, giving some sort consistency, and there seems to be some major focus on your standard Google apps. YouTube is an example of this, and looks like the updated version will include the new Leanback, which could prove to be an awesome time (and battery) killer on your Android device.

We also know that Google will implement the “scrolling bounce effect” found on iOS devices and other Android phones like the Galaxy S line. Needed? no. Welcomed? Why not? Not a major feature in any way, but we’re glad to see that Google is paying attention to details. As far as details go, the search giant has definitely noticed the new video chat craze, and it may be implemented into an upcoming version of Google Talk, or possibly its own stand-alone application.

We still expect a UI overhaul, which is said to be “more like Sense than anything.” We certainly don’t know what to make of that, as we doubt Google will be Sensifying the Android UI, but as Phandroid asserts,”We believe they mean by how much will be different compared to what we now know and love as the stock Android experience.)” Gingerbread is said to make custom skins on Android phones completely pointless, but that won’t likely stop anytime soon.

HTC doesn’t have any intention to stop their Sense UI, no matter what Gingerbread brings to the table, but other manufacturers, like Motorola, would actually benefit very much from basically anything than what they are putting on their phones on the moment. Motoblur is horrible, and even the toned-down iterations in the Droid X and Droid 2 are just tolerable. I think Gingerbread, whatever it brings, will be a couple of steps up from what they’re working with today.

Then there’s the possibly bad news that may delay the update’s release until next year. It looks like that Gingerbread may not even be announced until the first quarter of 2011, so if you’re expecting the SDK to drop sometime this week, you may be left waiting a few more months. If the delay turns out to be real, hopefully we’ll be seeing some leaks along the way.