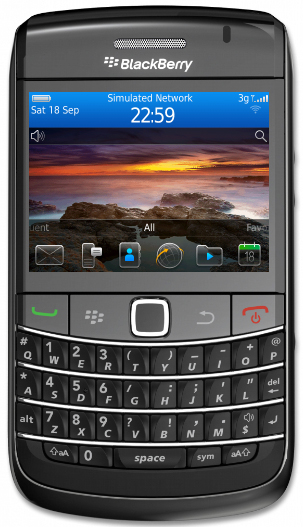 Last week we had heard that Rogers will be getting the refreshed BlackBerry Bold 9780 on October 27,  and according to some fresh rumours, Bell will have a similar timeline as devices start hitting retail stores October 25, and a launch proper happening November 2. Off-contract, the Bold 9780 will reportedly be going for $499.95, and for those concerned with fashion, the white version we had seen at Vodafone will also be available on Bell.

The Bold 9780 is a modest improvement on the 9700, upping the camera to 5 megapixels and doubling the application memory to 512 MB, but keeps the same ol’ Wi-Fi, GPS, 3G, HVGA display, and traditional QWERTY candybar form factor. Perhaps a bit boring given RIM’s more adventurous products lately, but that’s perfect for office warriors more interested in keeping things smooth and familiar.

Both this and the Rogers rumour don’t have much proof to go with them, (scratch that, a screenshot from Bell just bubbled up making this info a bit more solid) but considering we’re seeing the device show up on carriers’ and even RIM’s own site, the timeline isn’t a far fetch. Telus will reportedly be launching the BlackBerry 9780 on October 21, but they haven’t gone on the record with anything yet either.

If you’re digging the updated Bold, here’s some dorky Dutch dude talking about it.

RIM teams with UAE as BlackBerry ban fades away

Research In Motion was able to avoid a BlackBerry ban in the United Arab Emirates and it has now struck...