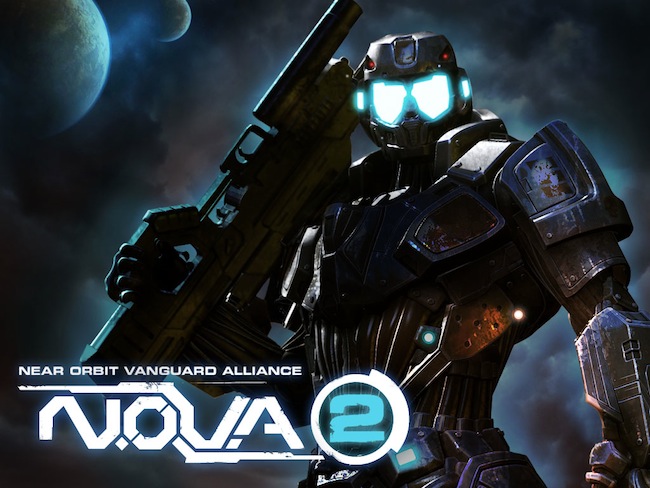 Gameloft’s N.O.V.A. wasn’t just a nod to the Bungie’s Halo franchise, it felt more like a near carbon copy of the franchise, which obviously is a very good thing. Just like the Halo franchise, a N.O.V.A. sequel was also going to be obvious as the game turned out to be one of Gameloft’s most successful titles on the iPhone. A new trailer showing in-game footage of N.O.V.A. 2 was just released and judging by the video, it looks like it’s going to be a sequel of epic proportions.

The new N.O.V.A. 2 trailer highlights some new gameplay mechanics such as vehicular combat, dual wielding weapons, and enemies that may be human soldiers instead of the aliens that were featured in the original game. In the trailer’s description, it simply says, “THEY are coming.” It also looks lime we’ll be battling a giant mech or two, which could certainly be tricky to battle, unless we’re given a badass weapon to combat the mech.

In typical Gameloft fashion, no release date has been revealed as of yet. The trailer does say the game is coming soon, which could possibly mean the game could be released in about a month or so.

If you own an iPhone or an Android device, then you already should be familiar with Angry Birds. I mean,...