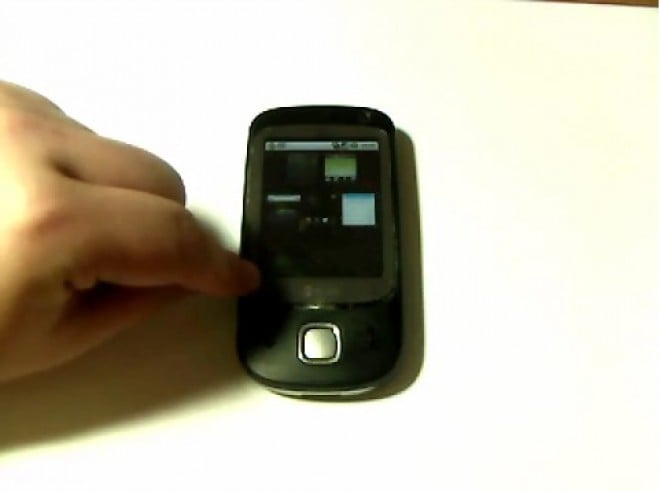 Color us surprised and skeptical, but a video from Russia has hit the interwebs, and it claims Google has sent the person a Nexus 2 of all things running Android 3.0 Gingerbread. We honestly don’t know what to think of this, but there are some differences that you just don’t see in plain stock Android.

First off, the handset is a HTC Touch Dual, so that’s strike one. It’s obviously no Nexus 2 and from what we’ve heard, there will never be one.

As far as software goes, it looks pretty much exactly like Froyo, until you hit the 1:03 mark, where the person gestures over the bottom section of the screen that reveals all home screen panels, which is very similar toHTC Sense’s Leap feature. The feature is called Helicopter View, and is implemented rather well, yet it seems to be blatantly stolen from HTC Sense. We did hear that Gingerbread would be, “more like HTC Sense than anything,” is this what the tipster meant? A similar feature is found on home replacement applications, like ADW Launcher.

Other than that, not much is new. The only slightly different thing to take note of are the two icons surrounding the application launcher. The two icons, which are usually the phone and browser icons, are contacts and messaging and these look less subtle than what you’d find on a stock Froyo device.

The 3D Photo Gallery is shown off, which is nothing new to those using Android 2.1 and up. The person giving the demo does try to go into the settings to show that the device is running Android 3.0, but that can be changed with a little rejiggering some system files.

Be what it may, if this is Gingerbread, I’m unimpressed. Luckily, it probably isn’t, but we have no real proof to base anything off of – so it just might be. What I don’t get is if Google was to send someone a demo unit of one of the newest versions of Android, why would it be on this device?

I’d have liked to see him lock the handset to see if the newly discovered lock animation had been implemented.

Android Central got someone to give a rough translation, which you can find after the video below.

I’d like to demo Android 3.0, based on Android 2.2, modified and sent personally to me by Google Inc – can’t help bragging 🙂 A lot of things work, some standard things don’t – like Bluetooth, camera or headset (earphones don’t work as well – Lord knows why). But I hope mr. RZK will fix this sometime in the future, I’d really appreciate this.

Surprisingly, helicopter view works – that’s how I heard this feature called in one of the reviews. *explains helicopter view* To activate it you have to either single tap home or double tap the camera button, or press the Windows button on the keyboard. Or you can just slide the lower panel.

Further, I’d like to show you the speed. Let’s take a look at 3D photo album – from 2.1 onwards the photo album is 3D. It’s speedy and looks great. You can scroll photos, or you can group them with this button, or you can 3D-turn them. I think it’s practically useless, pure design stuff.

Let me go to the settings. The device is called Nexus 2, I don’t think it’s visible on the video but maybe it’s readable. It says Nexus 2, Android version: 3.0. A lot of flaws, but those aren’t specific to my build, they’re common for Android. What else can I surprise you with? Oh, Calculator works just fine, let me show you!

A rather interesting and useful function: since the CPU is just 400MHz you can pump it up a bit. There’s an app here, Rogwa Tools [what I heard – transl.] You open it, and there’s a stripe and an apply at bootup” button. Let me try 488 MHz. Hop! – the apply window pops up, so we have to just put the smartphone to sleep mode and wake it back. That’s it.

Not gonna show you browsers and market apps – it’s all standard. Advanced Task Killer – you all know what it is, right? Battery meter is up there, and it shows charge percentage right there on the panel. *shows advanced task killer and its widget*

There’s also ‘Flickr wallpapers’ app, not gonna show it as I don’t have a connection right now.

All the maps and widgets are modified.

Thanks for your attention… Oh, wait!

Let me show you the new, replaced welcome image:

After about three months of waiting after the announcement, Rogers has finally started shipping the Samsung Galaxy S Captivate to...