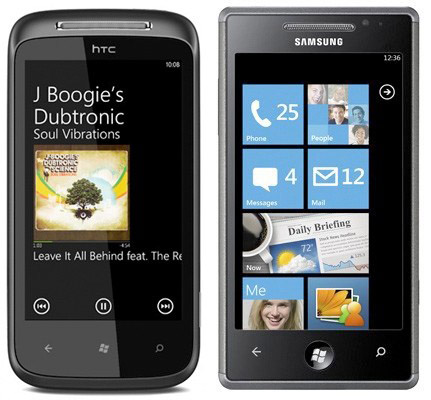 Microsoft began its highly anticipated Windows Phone 7 launch in Europe, Australia, and New Zealand earlier today. Microsoft kicked off Windows Phone early last week with a series of highly publicized events that showcased both the carrier partners and the hardware being offered at launch. Despite its advertising push, early reports out of these regions suggest that this highly anticipated launch has been marred by handset shortages and dampened enthusiasm from prospective customers.

Most damning is a report out of Neowin that suggests Windows Phone handsets are in short supply, particularly in the UK. Rumors out of Asia earlier this week suggested that HTC was struggling to get its handsets out the door in time for the October 21st launch. HTC vehemently denied these rumors but reports surfacing today from customers suggest otherwise. The Facebook page for Windows Phone UK is filled with folks complaining about not being able to find a handset. The most telling is a post from Chris Roberts who writes,

Phones4U – Claim to be getting HTC Mozart on Saturday. They also claim that they’ll have a SIM Free version despite all other indications being that it will be Orange exclusive. They have no prices on anything yet.

Vodafone – They did actually have an HTC Trophy which I tried, but weren’t sure when they’d have any to sell. “Perhaps by the weekend” – no information on pricing.

Orange – Store manager said that they wouldn’t have the HTC Mozart until the end of November. Someone else in the store said they’d have them tomorrow! They did at least have prices (£399 on PAYG).

Carphone Warehouse – Didn’t really have any details on which handsets they’d have, or which networks they’d be on, or how much they’d cost. All they did know is that they were unlikely to have anything until November.

WHAT AN ABSOLUTE SHAMBLES! Microsoft and all involved should be truly ashamed of themselves.

The list of complaints goes on and on from folks in different regions of the UK and on different carriers.

While the above is mere anecdotal evidence of a less than stellar launch, UK’s own Pocket-Lint took a trip down to their local store to check out the launch first hand. Their report painted a picture of an abysmal launch that was filled with PR people and paraphernalia. Noticeably absent from the scene were paying customers who were there to snag a Windows Phone handset. When the doors opened at 7AM for the launch, only two people were on-hand to buy a Windows Phone handset and Pocket-Lint called the whole scene a washout. Ouch.

Of course, the early hours of a launch does not predict future success. The tech world has been poisoned by Apple and has come to expect launches with long lines of people that stretch for blocks and door openings that are accompanied by television cameras and lots of fanfare. Most launches are not accompanied by such hype and most new platforms launch slowly and build gradually over time.

Android is a prime example. The G1 launched in late 2008 but the platform did not make large gains until the Motorola DROID debuted on Verizon in late 2009. Perhaps this is what we should expect from Windows phone. Rather than an explosion that will rock Apple’s world, we should look for a modest launch, steady improvements in the OS, and new hardware to keep momentum going. Unlike Palm which lacked the cash reserves to keep webOS going on its own, Microsoft can pump millions into Windows Phone 7 to improve the platform and keep it competitive. I can not say with certainty that Windows Phone won’t follow the Kin into the dumpster but the mobile platform does have a fighting chance as long as Microsoft doesn’t drop the ball too badly.

Windows Phone 7 devices went on sale with Orange UK being among the first operators in the world to jump...