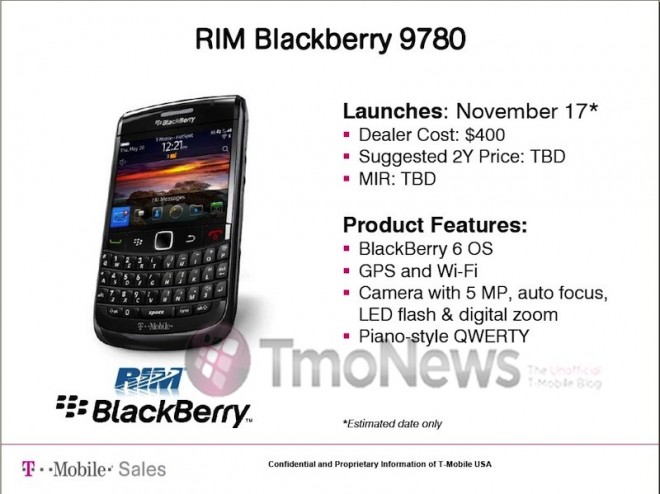 We’ve heard that the BlackBerry 9780 would be coming to T-Mobile U.S. by way of their leaked accessory list, but today we have a launch window. The refreshed Bold will be landing around November 17 according to this leaked slide, though no information about a subsidized on-contract cost is included. The 9780 is also likely to launch across Canada and Europe, phasing out the Bold 9700 in the process.The only competition T-Mobile will have in the U.S. for this handset is from AT&T, though by the time it comes out, Sprint will have the BlackBerry Style 9670 available.

This thing obviously isn’t what you’d call a holiday blockbuster, but it will be a refresh on a very dependable handset in a familiar and proven form factor. We’ll keep y’all posted as soon as anything gets official.