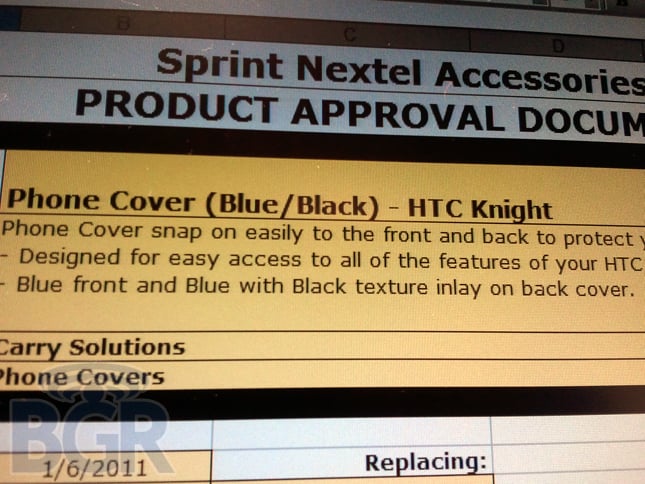 HTC is cranking out handsets like there’s no tomorrow, and now we’re hearing the launch of the HTC Knight, which could be called the Speedy, might be early January. The image above shows cases arriving at Sprint January 6, and it would make sense to assume that the handsets will be there, too. It would be strange to have accessories arriving with no Android smartphone in sight.

The HTC Knight is like a smaller version of the HTC EVO 4G – the styling is roughly the same, but it’s more like the size of the Nexus One. And given that this thing is being called “Speedy,” one would have to imagine a 1GHz processor or higher, and perhaps WiMax connectivity as well.

If this thing becomes available on January 6, the very first day of CES, we’d imagine that’s when it’s going to be announced, too.