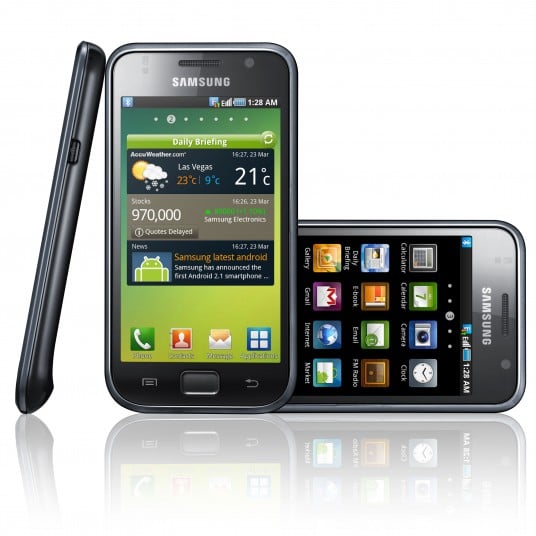 Samsung kicked all sorts of rumps last quarter, as the company shipped 71.4 million phones and its lineup of Galaxy S smartphones were a massive hit.

The mobile division of Samsung reported $9.2 billion in sales for its third quarter with a profit of about $1 billion. The company had sales rise 12% and it is the second-largest handset seller in the world behind Nokia.

While the vast majority of sales were low-end and feature phones, it is seeing success with its high-end products like the Galaxy S and Wave. It sold more than seven million Galaxy S units around the world for its third quarter.

Samsung took a shotgun approach to its Galaxy S lineup, as it is available on six different carriers in the United States. The devices received strong reviews for the beautiful hardware but we’re increasingly seeing frustrating software bugs with its TouchWiz user interface.

We can contrast that with Apple’s recent quarterly announcement, where it said it shipped more than 14 million iPhone units at a higher profit margin. It’s tough for Samsung to go toe-to-toe with Apple because it doesn’t have the same marketing muscle but these earnings show some promise.

Samsung will also be taking this same shotgun approach with its Apple iPad competitor, as the Galaxy Tab will be coming to all four major U.S. carriers. It’s too soon to tell how well this device will sell because Sprint and T-Mobile will be saddling this with a long-term data contract. You will be able to buy it sans-contract from Verizon and Best Buy, though.

Samsung may have another smartphone hit on its hands when it announces a new Android device Nov. 8. The rumors are swirling that this will be the Nexus Two and it could be the first device to launch with Gingerbread. It could also be the Verizon Continuum we’ve spotted but that won’t be quite as fun.

Still waiting on the white iPhone 4? Poor you. At least you have the officially unofficial Apple spokespeople to address...