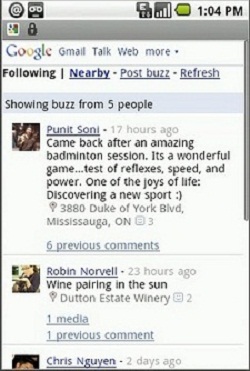 Hey, remember Google Buzz? This service was Google’s largest foray into the social-networking space and it fell flat on its face due to its overall lameness and that it had multiple privacy concerns. In fact, the company was sued over Google Buzz and its privacy woes and it has offered a settlement to the class-action lawsuit.

So, does every Gmail user get a nice big fat check from Google? Nope, not even close. According to a message the company sent:

Shortly after its launch, we heard from a number of people who were concerned about privacy. In addition, we were sued by a group of Buzz users and recently reached a settlement in this case.

The settlement acknowledges that we quickly changed the service to address users’ concerns. In addition, Google has committed $8.5 million to an independent fund, most of which will support organizations promoting privacy education and policy on the web. We will also do more to educate people about privacy controls specific to Buzz. The more people know about privacy online, the better their online experience will be.

Just to be clear, this is not a settlement in which people who use Gmail can file to receive compensation. Everyone in the U.S. who uses Gmail is included in the settlement, unless you personally decide to opt out before December 6, 2010. The Court will consider final approval of the agreement on January 31, 2011. This email is a summary of the settlement, and more detailed information and instructions approved by the court, including instructions about how to opt out, object, or comment, are available at http://www.BuzzClassAction.com.

Please note that this is a proposed settlement and the courts will consider this for final approval in January of 2011. You can exclude yourself from this, go to a hearing or object to it at the website below.

Remove Google Goggles from your G2 so it can update correctly

One thing many people may have noticed about their shiny new G2 is that the Google Goggles application never updated...