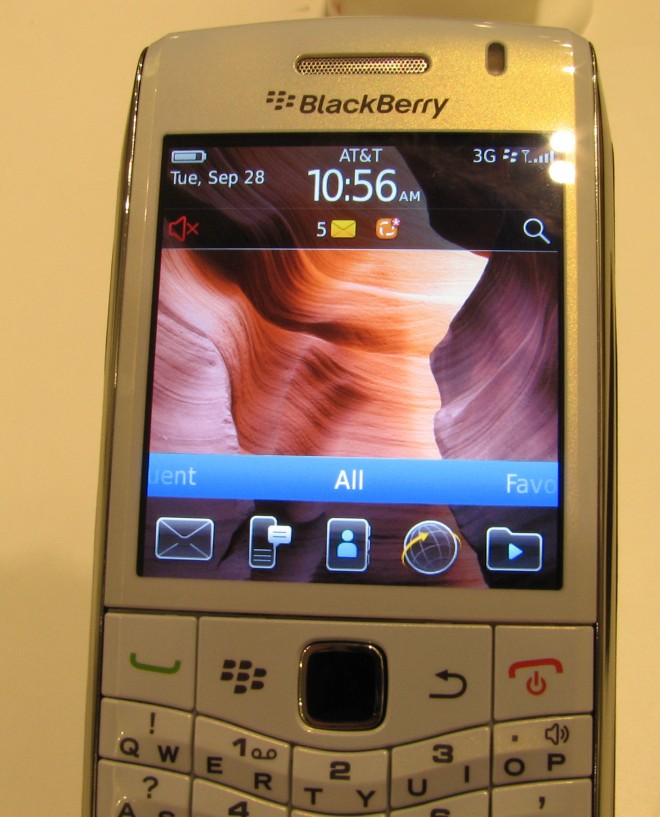 Yesterday, OS 6 made a big leak for the BlackBerry Bold 9700, and today its GSM cousins, the Pearl 3G 9100 (and its 9105 variant) and Curve 3G 9300 also have OS 6.0.0.344 available to them. RIM promised that the Pearl 9100 would get OS 6 when the Torch launched, while the Curve 9300 was announced with planned compatibility. Given the BlackBerry Style and Bold 9780 are launching with OS 6 out of the gate, it’s safe to say from here on in, all BlackBerrys will be using the new operating system.

BlackBerry OS 6 brings a new WebKit browser to the table that runs a bit faster and more accurately, though still lacks Flash support. There’s also my favourite feature, Universal Search, that lets you pull up local content (like contacts and e-mails) or web content (like Google or App World searches). Then there are a lot of visual upgrades that makes using your BlackBerry a little less stiff. There are smooth transitions between categorized home screens, more user-friendly setup menus, an iconized short menu, and lots of other smaller details.

As for the devices, the Pearl 9100 is basically the Bold 9700 with a condensed keyboard and smaller screen:  it has a 3.2 megapixel camera with autofocus and flash, HVGA display, Wi-Fi, GPS, and 3G. The Curve 9300 is RIM’s latest entry-level BlackBerry, making a modest refresh on the old Curve 8520. The biggest difference is that it includes HSPA and GPS, but otherwise keeps the 512 MB of RAM, QVGA display, Wi-Fi, and 624 MHz processor.

Anyway, download links for either device are below, just keep in mind that these operating systems are unsupported by RIM and carriers, so once you download, launch, and install the file via RIM’s Desktop Software, you’re all on your own.  Enjoy!