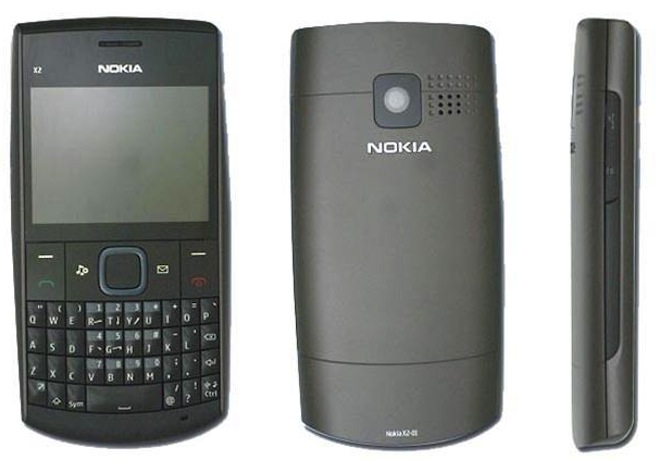 Another month, another leaked Nokia device, this time in the form of a new QWERTY feature phone that’s being dubbed the X2-01. Earlier this year, in April, the Finnish handset maker launched the X2 and it was absolutely amazing in terms of the specifications you could get for just 85 EUR. The original X2 came with a 5 megapixel camera, quadband GSM, 240 x 320 pixel 2.2 inch screen, Bluetooth 2.1, support for microSD cards, and a 3.5 mm headphone jack. This new X2, which continues on keeping Nokia’s horrid new naming convention, is said to have a 3 megapixel camera, the same quadband GSM support, and it even has a dedicated music key so the probability that it’ll support 3.5 mm headphones is high. The price point is a also tad higher, estimated to be 2800 Czech koruny or 115 EUR according to Mobile.cz.

This new QWERTY feature phone is essentially a squared off version of the C3 that was launched in April and has received a lot of praise from people who’ve been wanting a cheap device that has a full keyboard. The C3 has a 2 megapixel camera, which is … meh, but on the plus side it also features WiFi. This needless product differentiation is a bit of a headache to consumers, or at least that’s how I see it. Additional specifications of the X2-01: 119.4 mm x 59.8 mm x 14.3 mm, 114 grams, will be available in gray, white, red, and purple.

Curious as to when we’re going to see Nokia’s E63 get a refresh, that’s their low cost Symbian powered QWERTY device. Better yet, a feature phone with touch screen and full keyboard. The lack of 3G isn’t a problem since this handset is going to get picked up in countries that don’t even have, or are only now, high speed mobile internet access.

What do you say: hot or not?

Nokia gets a lot of heat from the press, analysts, and Wall Street for their smartphone lineup, but like Microsoft,...