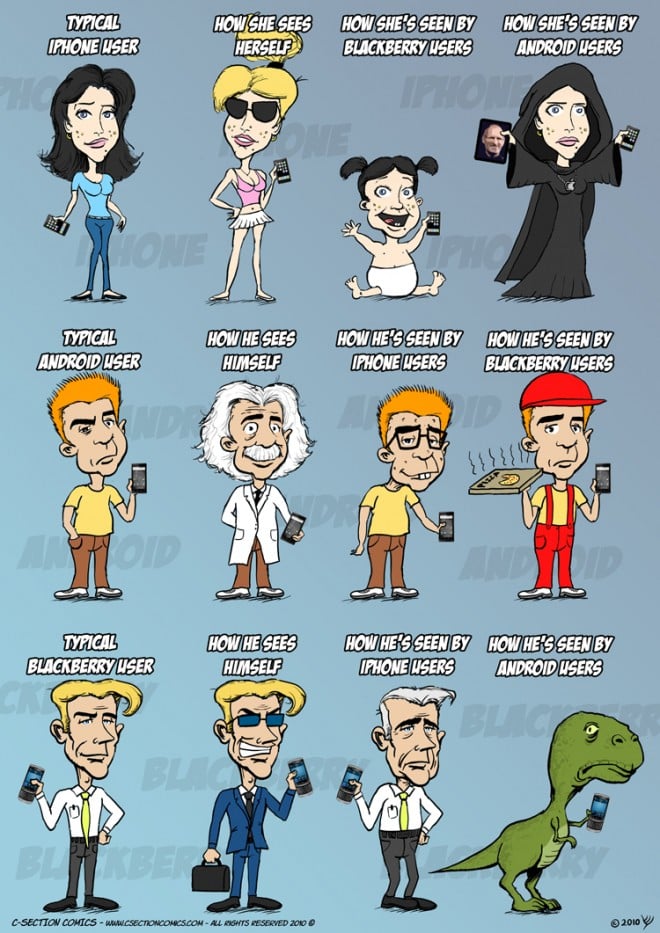 I try not to be too much of a hater, but in my experience as a BlackBerry user, this graphic is pretty accurate. I’ll even take the hit that our egos inflate just a bit towards high-powered lawyer status just for having a RIM smartphone.