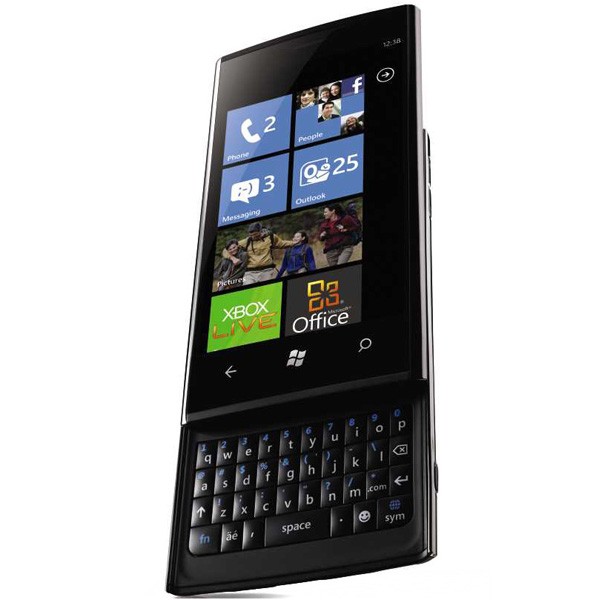 Dell has announced that they’re offering about 25,000 of their employees a Venue Pro handset running Windows Phone 7 to replace their corporate BlackBerry. Dell also plans to do the same with Android once they release the Venue. Although this might be seen as some sign of allegiance to their own mobile solutions, the company line is that this is a budget issue that could reduce mobile communications costs by 25% through eliminating the need for a BlackBerry Enterprise Server.

The Venue Pro will definitely be enterprise-ready, since Windows Phone 7 plays nice with Microsoft’s Exchange servers, and has a mobile version of Outlook, which is a desktop app many office monkeys will spend the majority of their day staring at. In terms of specs, the Venue Pro has a 4.1″ touchscreen, 5 megapixel camera, 1 GHz processor, 8 GB of internal storage, Wi-Fi, GPS, and 3G on T-Mobile’s AWS bands. The slide-out physical keyboard will be a must-have if Dell employees don’t want to send typo-ridden or mis-predicted e-mails.

Yeah, 25,000 is a healthy chunk of business that RIM is losing, but it makes plenty of sense from Dell’s point of view. Nevermind the budgetary angle, if they want to seem convicted in the product they’re selling, Dell will have to use it. Besides, using the Venue Pro in-house will no doubt provide lots of enterprise-level feedback that will be invaluable for Microsoft as they evolve Windows Phone. Outside of Microsoft, I doubt there will be as widespread of a Windows Phone corporate rollout anywhere else in the near future.

Update: RIM’s VP of Corporate Marketing has shot back at Dell’s move:  “We find it highly unlikely that they will actually save any money with this move and far more likely they were looking for a little free publicity.” Oh, snap.

Earlier this week we were hit with a light barrage of BlackBerry 6 OS updates. The Bold 9700, Pearl 3G...