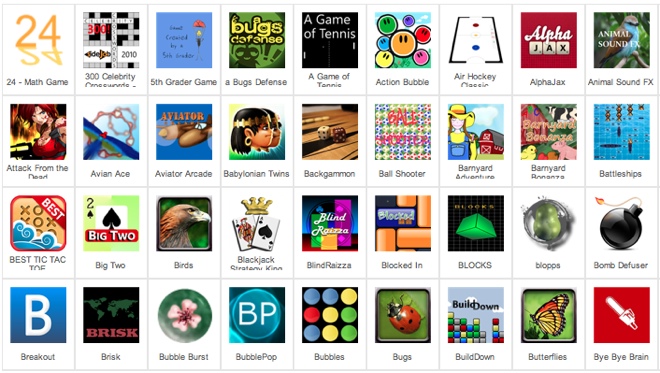 Windows Phone launched with the promise of Xbox Live integration and exceptional gaming. While it may not have the breadth of games that Apple’s iOS enjoys in the iPhone AppStore, Windows Phone 7 is launching with some quality games. There are actually quite a few games to pick from when it comes to making your WP7 phone a decent gaming machine. But, instead of wading through the fodder, just peruse our Top 15 Windows Phone Games list and save yourself a good bit of time.

We take a look at the top 15 games that are worthy of a spot on your Windows Phone handset:

Made popular on iOS, Flight Control is now available on Windows Phone as an Xbox Live game. The Windows Phone application sports the same look and feel as its iOS counterpart and has almost the same gameplay. Full-featured, the game features a variety of jets and helicopters, multiple airfields, and stat-tracking.

Flowerz is an arcade-style Xbox Live game that lets you “plant” rows of flowers to score points. The Bejeweled-style game begins with an open grid that has a handful of colored flowers. You are presented with new flowers one at a time and place them on the grid to line them up in rows of 3 or more. Once arranged in groups of three, the flowers disappear and you gain points. The gameplay is casual and this is a great time-killer.

The classic video game comes to the Windows Phone platform thanks to Gameloft. This Xbox Live game has a unique arcade style and a comical storyline. In the game, you control a superhero earthworm in his quest to rescue Princess What’s-Her-Name. It is a side-style game that includes 12 types of enemies, 4 modes of gameplay (side-scrolling run and gun, space racing, bungee jumping, and underwater levels), and 16 levels. The game is fun, challenging, and highly recommended for casual gamers.

Rocket Riot is a classic, eight bit-style, side view shooter that is full of surprises. This Xbox Live game has cute graphics, a great story, and a bit of humor to liven up gameplay. Controls were a bit awkward and took some getting used to but overall the game was fun. The game is a bit pricey, but the Xbox Live integration softens the blow.

Available for $6.99 in the Windows Phone marketplace.

The Harvest is a science fiction themed, action role playing game in which you take on the persona of a mechanized infantry unit. The game has a deep storyline and excellent graphics. The controls were responsive, but the on-screen buttons were small and required some concentration to hit them correctly. The need to touch the screen to control the character was also a bit awkward and often obscured the action. Despite these control limitations, the game is an impressive title that showcases the power of Windows Phone as a gaming platform.

Another Gameloft offering that brings the classic card game to Windows Phone and Xbox Live. Uno HD adds a twist to the gameplay by including new rules such as 7-0 and Jump-In. Slow load times and the lack of multi-player support diminish some of my enthusiasm for this app, but hopefully, these shortcomings will be addressed in a future update. For Uno lovers who don’t mind playing alone, Uno HD from Gameloft is a worthy title.

The Sims franchise makes its way to Windows Phone as The Sims 3, an Xbox Live-enabled game. The mobile version is scaled down from the PC version, but the game is still feature rich and gameplay is enjoyable. Fans of the genre will appreciate this version of the game. I experienced some difficulty with the zoom features and camera controls, but they were minor and did not take away from the gaming experience.

Having played versions of Need for Speed on different platforms for over 10 years, I was excited to see this title hit Windows Phone. The Windows Phone version is Xbox Live-enabled and includes 24 missions and 8 different racing modes including head-to-head racing, Highway Battle, and Cop Takeout. The gameplay is fast and fun and the controls are easy to use. One of the best games for the Windows Phone platform.

ilomilo is an AT&T exclusive game that features ilo and milo, two friends who constantly meander away from each other. The object of this fun and light-hearted puzzle game is to get the two friends to come together and co-operate while navigating a complex 3D maze. The game features challenging puzzles and excellent graphics; too bad it is limited to AT&T customers only.

Available for free in the AT&T App Store on Windows Phone handsets.

Bejeweled Live is another Arcade-style game that has a long mobile history. This Windows Phone version is an Xbox Live game so you can earn achievements and share your success with the Xbox Live community. With the exception of a slightly slow load time, the gameplay is familiar and fun. Highly recommended for those seeking a casual game for those slow moments.

Unite is a simple tilt-a-ball game in which you tilt your phone to maneuver balls together to make a bigger ball. It has an eight-bit feel with deliberately simple graphics and accent coloring. Unite provides moments of fun and is an interesting way to showcase the accelerometer within the phone.

Frogger is a classic arcade game that has been ported to the Windows Phone platform. Gameplay is refreshingly familiar and keeps the familiar style of the original game. The game jazzes things up with Xbox Live integration so your achievements get transferred to your gamertag. While overall pleasing, the game uses swype-style controls which makes gameplay a bit awkward at first. Despite a slight learning curve for the controls, the game is an excellent offering.

Game Chest:Solitaire is a solitaire game that includes Klondike, Spider Solitaire, and Tri-Peaks. This Xbox Live game features slick graphics, catchy music, and rewards to keep the gameplay fresh. The game was responsive and controls were intuitive as a single tap highlights a card and  a double-tap moves it to the top. Game Chest: Solitaire is an excellent game for Solitaire fans looking to kill some time.

Sudoku! is one of the few non-Xbox Live games to make the top 15 list. Sudoku! is your standard Sudoku game with simple but effective graphics and a pause-save feature for times of interrupted play. The game supports landscape mode, multi-touch zooming, and a hints feature that reveals a selected or random number.

Text Text Revolution is an interesting app that makes texting fun by challenging you to type as fast and accurate as possible on either a landscape of portrait keyboard. The app is lightweight, loads quickly, and the in-game keyboard is responsive. Best of all, the app tracks your results and posts them up to a high score leaderboard so you compete against other players. It is a non-Xbox Live game so progress is not applied to your Xbox gamertag. Even without Xbox Live integration, it is a fun and addicting game.

Make sure to check out our full Windows Phone 7 launch week survival guide. You’ll find all the info, guides, and reviews you’ll need to get yourself up and running on WP7 in no time flat!

BlackBerry PlayBook to be Priced Under $500

RIM's co-CEO Jim Balsillie has confirmed that their upcoming BlackBerry PlayBook tablet will cost under $500. Whether or not that...