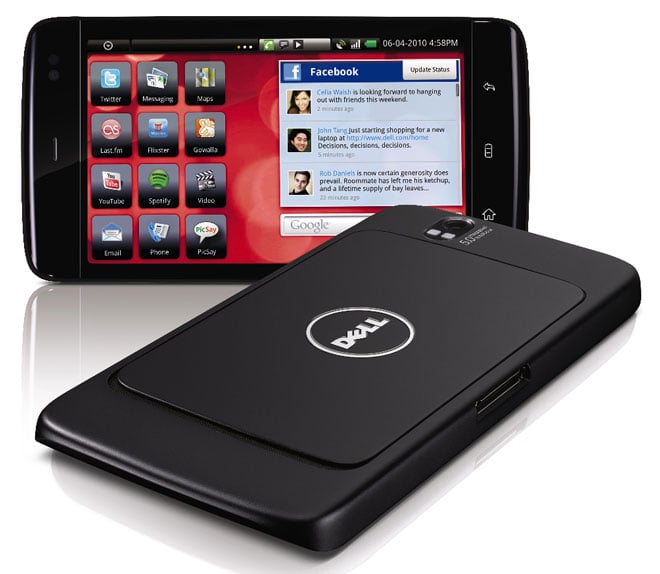 An evolutionary upgrade to the Dell Streak is apparently in the pipes, according to someone attending a briefing by a company rep. The screen on Dell Opus One will also be 5 inches, but the resolution will be cranked up to 1280 x 800 (from 800 x 480), and the horsepower will be bumped up with a 1.2 GHz dual-core processor (versus standard 1 GHz presently). The launch target is May 2011, by which time Android 2.2 will have definitely landed on the original Streak.

Dell’s also keeping busy with their Windows phone, and an even bigger Android tablet, but as far as I’m concerned, the Streak is still their most interesting product in this arena. The software was really the big complaint on the Streak, but it’s good to see Dell is interested in keeping the edge as far as hardware goes. If they really wanted to keep the Streak fresh, they’d knock up the camera to 8 megapixels too, but that’s mainly wishful thinking talking.

The Wall Street Journal has just launched an Android app that is optimized for tablets only. That means you'll be...