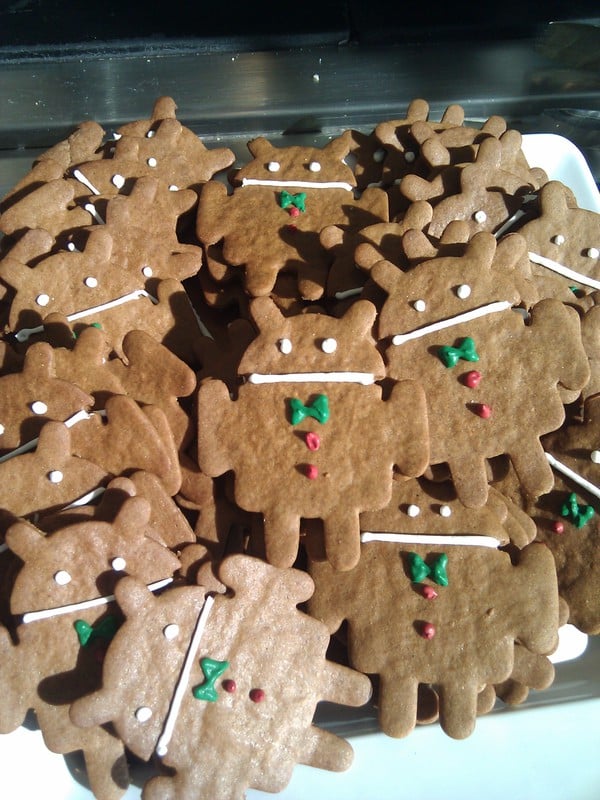 While you probably already know that the next major version of the Android operating system, Android 2.3 Gingerbread, could launch at any moment now, Google Mobile just solidified this fact. According to a recent tweet, @GoogleMobile had this to say, “Our cafes are baking something sweet.” The picture above was attached to this tweet.

So while this could just be a tease of sorts, when Google themselves tweet something like this, it’s likely not meaning that something will be on its way within weeks, but will likely be on the scale of days. Could the Gingerbread update be announced within the next couple of days? We sure as hell hope so, as we’re getting a little impatient to see what it’s packing. And, we haven’t even gotten into the fact that it will likely remain only on the Nexus One and Nexus S (if launched) for some time before any other handset sees the update.

Google needs to deliver the goods with Gingerbread to be come the iOS alternative. While it already is at this point, providing a nicer user experience will go quite nicely to the stack of features the OS comes with. While WebOS and Windows Phone 7 are very nice operating systems that rival even iOS in the aesthetics department, they lack the features to take the lead. If Gingerbread provides a revamped UI that makes Android looks somewhat sexy, or at least just easier on the eyes, it’ll do nothing but help the OS skyrocket to the top. More so than it already is.

Gingerbread is said to make custom UI’s on Android phones irrelevant, and this is a very smart move for Google to make. While some manufacturers will continue to make their custom skins on their Android phones, Gingerbread may have just the right look for some to scrap a new UI all together. Choosing stock Android for a device theoretically will ensure that the device will be updated faster than other, skinned Android phones.

Who knows, but hopefully Google will surprise some lucky Nexus One owners with a treat this weekend.