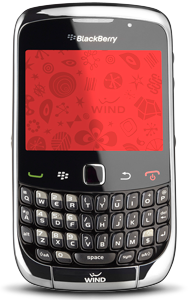 As expected, the BlackBerry Curve 3G just went on sale at Wind Mobile today, alongside the LG dLite and the Huawei U3200. Although the BlackBerry 9300 will cost you $290 up front, it’s eligible for Wind Mobile’s new tab program, which can bring the price down to $140 if you’re willing to pay off the device over time with your usual wireless bill. The Huawei U3200, a simple slider feature phone, and the LG dLite, a flip with a seamless external display, go for $90 and $140 respectively, or free with the tab.

The Curve 3G refreshes the old 8520 with GPS and 3G, but has the same ol’ Wi-Fi, QVGA display and fixed-focus 2 megapixel camera without flash. The big selling point here is that the BlackBerry 9300 will be able to run OS 6, and by the looks of things, that upgrade will roll out pretty soon.

Bell, Rogers, and Telus have been offering the BlackBerry Curve 3G 9300 for some time, but the only carrier to fight Wind Mobile on their service terms will be Mobilicity when they launch in multiple new networks this month.

You can find Wind Mobile’s new phones in their online store, just be sure to read our BlackBerry Curve 3G 9300 review before plopping down that $290.

Verizon has been clear that its LTE rollout will focus on USB modems first and handsets will follow at a...