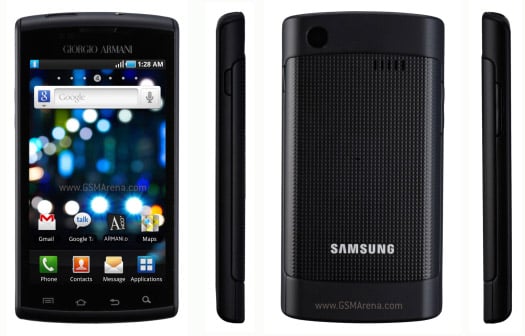 We caught word of the Giorgio Armani Samsung Galaxy S yesterday, and today we have the full and official details straight from Samsung. Hopefully previous generations of Armani phones will be nothing like what we’re going to be seeing here, and for the moment it doesn’t appear to be. It is a Galaxy S device after all, which means it will be sporting Android instead of the weird and unintuitive operating system that Armani phones of yesteryear had.

One thing it will have in common with previous Giorgio Armani phones is that it really won’t be available in the U.S. The device is slated to hit Italy first, naturally, followed by the Netherlands, the UK and Russia.

For further details, check out the press release on the next page.

Google Docs has finally started rolling out support for mobile editing of Google Docs on smartphone platforms like Android OS...