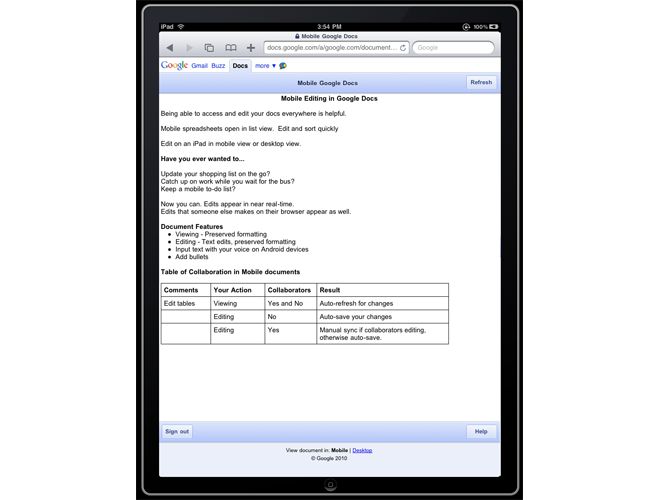 Google Docs has finally started rolling out support for mobile editing of Google Docs on smartphone platforms like Android OS and iOS! As the defacto cloud-based document collaboration tool of choice among enterprise and consumers alike, Google Docs has become something of a ubiquitous service for many. Unfortunately, we’ve been left pining for months for Google to make Google Docs fully functional on Android and iOS web browsers. Until today, the service was basically a read-only deal for anyone with a mobile phone running Android OS or iOS. That all changes with the announcement that Docs can now be edited from Android phones and iPhones running the newer versions of their respective mobile operating systems.

Google confirmed today that it is rolling out this highly requested feature to English-users around the world. With this new feature,  you will be able to use your mobile phone to update a memo on the fly, add to a presentation while waiting for your flight, or review overnight document changes during your morning bus commute.

You can get access to this mobile feature by visiting docs.google.com on your mobile handset. Currently, the feature supports English language users only and is compatible with Android devices running Android 2.2 Froyo OS or greater and those running iOS 3.0 or greater. This latter category includes the iPad which is an excellent size for editing documents. Support for other languages will be coming soon.