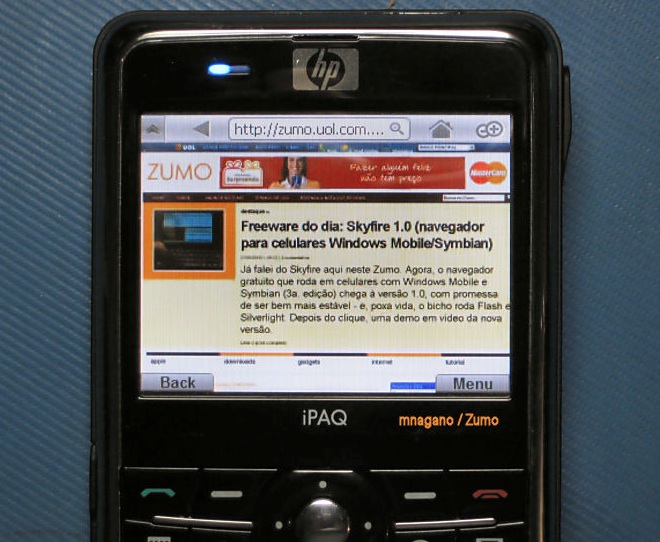 When Skyfire first hit the scene a couple of years ago, we welcomed the competition that it would bring Opera who until that point in time was the only company making a mobile web browser that utilized server farms in distant lands to compress web pages before delivering them to our devices. Things have changed since then. Opera Mini now has over 71 million users, Nokia bought Novarra so they can clone Opera Mini, and Skyfire has decided to change their focus to building a “booster engine” that adds deep social networking integration and video support for the native browsers that come with today’s handsets.

The old servers that are still running and providing Windows Mobile and Symbian users the same services they’ve been using since Skyfire came out are going to be shut off on the last day of 2010. This already happened to North American and Western European users in July of this year, but now the servers are being shut off completely. Skyfire says that they’re considering bringing their product to Windows Phone 7, MeeGo, and even RIM’s new BlackBerry 6 operating system, but it’s too early to tell if that’s going to happen.

Our recommendation: Download either Opera Mini for your device, or better yet buy an Android device and grab the new Opera Mobile 10.1 Beta. It uses hardware acceleration to make pinch to zoom, scrolling, and panning silky smooth, plus has “Turbo Mode” that uses the same servers Opera Mini runs on to compress websites.

In our opinion handset vendors have finally started to realize that making an attractive platform for developers, while important, should take a back seat when compared to pouring resources into building the best damn browser that engineers can build. If you haven’t watched the video of RIM demoing the browser on their PlayBook yet, then make sure to check it out. It makes the Apple iPad look like a slow crippled toy.

Last week we brought you news of an upcoming unannounced Sony Ericsson Android device that looked to be the flagship...