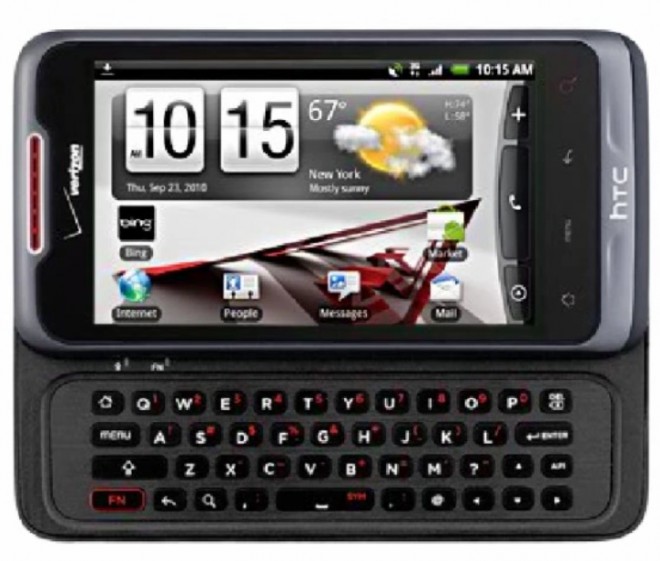 The HTC Merge decided to show itself off briefly on Verizon’s website earlier today, but the keyboard-toting Android phone was quickly pulled for some reason. Maybe Big Red was just testing it out to ensure that when it debuts, everything will go as smooth as possible. After all, the Merge could be announced later tonight at the relaunch party for the Droid Incredible.

Those crazy guys over at AndroidCentral managed to get a video out in the short time the Merge was up on the site, showing the handset off in 360 degrees. In short, it looks like a Droid. As much as it looks good enough to be a part of the Droid lineup, it looks over designed. It actually looks like an over designed T-Mobile G2 with Sense thrown on top, and hey, that may be appealing to some, but give me the Desire Z any day.

If the Merge is announced this evening,  expect it to pop back up on Verizon’s site later tonight. If the device is indeed announced today, I’m wondering if it will retain the HTC Merge name, or get a whole new Droid name. It looks to be built with the Droid moniker in mind, so I’d be surprised if it kept its original name. Perhaps we’ll see it as the Droid Merge? Time will tell.

One thing I do like about the handset is that it’s a regular slider opposed to the Z-hinge found on the G2. I actually love the hinge and have had no issues with it, but a simple sliding mechanism just seems more reliable.

Here’s to the Merge finally getting some official attention.

Anyone looking to grab one of these things when it comes out?

Check out the video below to see the Merge in all of its 360 degree goodness.

Nexus One gets OTA update – No Gingerbread filling inside

Damn you Nexus One, getting all of these fancy new Android updates so frequently. Yet another OTA update is beginning...