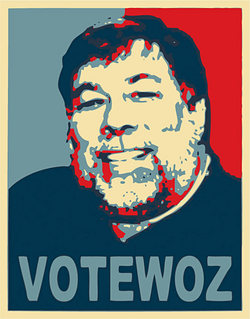 Steve Wozniak, Apple co-founder and a nerd’s nerd, recently gave an interview to De Telegraaf, a Dutch newspaper in The Netherlands and talked a bit about the iPhone, Android and even gave Nokia some straight advice.

On Apple building a phone, Steve Wozniak said that the company worked with a popular Japanese company in 2004 to build a new device. While the quality was to Apple’s liking, Steve Jobs & Co. really wanted something that “could amaze the world.” It’s pretty evident that the result of Apple’s demand for greater is the iPhone, which was announced in January 2007 and released later that June.

On Android, Woz actually says he sees it as being the dominant platform, not to anyone’s surprise. The ubiquitous OS is found on nearly every carrier on more devices than I’d care to count. Although, to be fair, this doesn’t take away from the iPhone as he says it “Has very few weak points. There aren’t any real complaints and problems. In terms of quality, the iPhone is leading.”

The only thing is that Android offers up more variety for users, and Steve Wozniak believes that it will eventually deliver a similar experience as iOS in terms of quality and consistency. Naturally, as Google helps things move right along for Android and continues to refine the OS as well as fix its bothersome ticks, there’s no doubt that it will trump iOS in the market place.

Finally, on Nokia, Wozniak says it’s “the brand from a previous generation.” Ouch. His suggestion? Make something a little more appealing to younger users. It’s not exactly rocket science, but if Nokia wants to have solid footing in the future, it’s going to have to be more attractive to the youth. Oh, and maybe build something a little nicer than the supposed stop-whenever-it-wants-to Nokia N8.