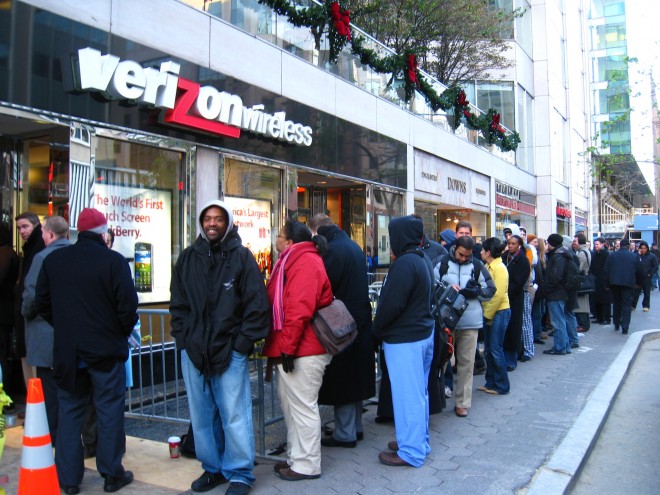 We may not have to wait too long for smartphones which can take advantage of the Verizon 4G LTE network, as the nation’s largest wireless operator said its plans are ahead of schedule and we should see 4G smartphones as early as February 2011.

According to the Wall Street Journal:

Mr. Seidenberg [Verizon CEO] is expected to unveil a number of such 4G devices at the Consumer Electronic Show in January, and said he expects the first phone to come out in February, ahead of the company’s prior target of the first half of the year. He added the company has been pushing hard to accelerate the development of products, and said there would be more 4G devices in the market than expected.

This is great news but we’re still not sure how much the Verizon 4G LTE network will cost. The company is mulling a tiered data plan which will be based on how fast a connection a user wants in addition to how much data they use.

So, what kind of devices can we expect? If the Apple iPhone does eventually come to Verizon, we’re expecting the first version to be a 3G-only version because Apple generally likes to wait for new technologies to mature.

We know that HTC, Motorola and Samsung will be providing a few 4G devices with 4G LTE capabilities. We’ve already seen the HTC Mecha leak with a 4.3-inch screen, Android 2.2 and LTE – I wouldn’t be surprised to see this device pop up under the “Droid” branding because Verizon would want a halo device to kick off this next generation of mobile data.

We’re definitely going to be at CES and we’ll be bringing you the latest on this next generation of superphones. Who know, we may also see some tablets with LTE capabilities like the MotoPad.