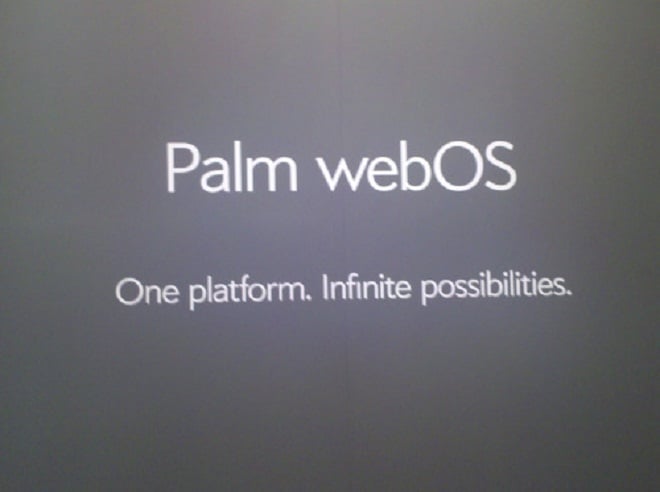 We’ve heard about the Palm Mansion before but the latest rumor suggests that this will be a touch-only device that sports a massive 5-inch display.

There aren’t many details to go on, but the Palm Mansion should have that large screen with a 480 x 800 resolution and it is on track for the first quarter of 2011. That’s not the greatest resolution for a screen of that device but the sheer real estate may be enough for some.

The Palm Mansion will also undoubtedly come with webOS 2.0, which adds numerous new features including the ability to stack cards and other overall improvements. The company also said that webOS 2.0 would be coming to all of its webOS devices, so don’t feel left behind Palm Pre users.

If the Palm Mansion does come out with that size screen, it would occupy an odd space between a smartphone and a tablet. The Dell Streak also has a 5-inch screen and it has been a relative non-starter in the market. It’s unclear if the size was the issue though, as the Streak had an underwhelming marketing campaign and didn’t seem to get much support from AT&T.

Now that the company is part of Hewlett-Packard, I think we can expect webOS devices from Palm in a variety of form factors. The Pre 2 retains the vertical sliding form factor of the original and it wouldn’t be surprising to see a full touch slate device coming out in a few months.

I’d also expect a horizontal slider in the future and we’ll be seeing a large tablet with webOS in early 2011. I’m really looking forward to the PalmPad because I think webOS can really scale well to the larger form factor. If HP can throw in some high-end hardware for a reasonable price, I know I will buy one.

It's not like we're surprised, quite the contrary. HP said it will sell the Palm Pre 2 unlocked from its...