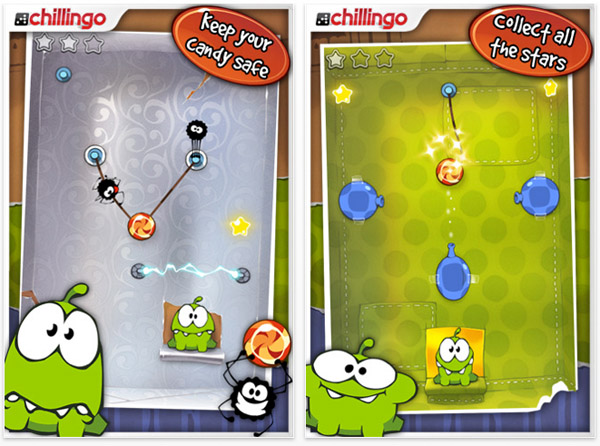 Roughly a month ago we reported that Cut the Rope has hit the 1 million downloads mark. 12 days later, the number of paid downloads doubled and now it stands at 3 million! It’s super impressive, though still not “Angry Birds impressive.”

Good days are ahead of Chillingo, which is now a part of Electronic Arts, but that’s not something we as gamers care that much. We do, however, care that they’re about to release a free update for Cut the Rope. Version 1.1 will introduce Om Nom fans to the so called Cosmic Box that contains 25 challenging levels. This spaceship-themed box we’ll find you feeding the green monster in an anti-gravity environment that turns physics upside down as Om Nom peers through the box’s portholes to see a planet rotating in the distance. Moreover, Chillingo also promised Retina display graphics, improved scoring accuracy, more expressive Om Nom animations, new musical sounds plus 11 new achievements.

In a nutshell, you’ll definitely want to update the second Cut the Rope 1.1 is out. 😉

HubPages -- the online space where users share their advice, reviews, tips, opinions and insights -- is going for the...