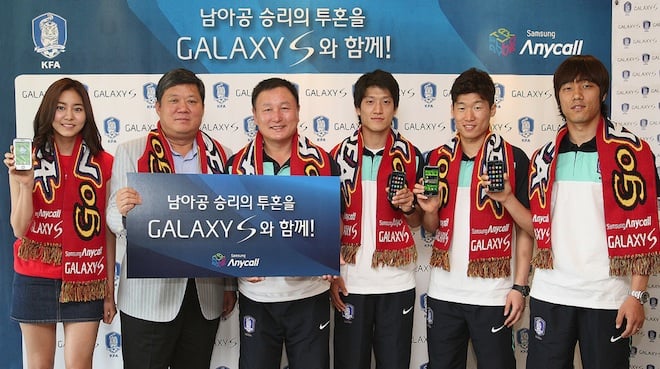 The smartphone market is terribly small compared to the total mobile industry, with roughly 1 out of every 5 handsets sold having some sort of advanced mobile operating system running inside. That figure was provided by Gartner earlier this month; they also said that 33% of those smartphones were using Symbian and 25% used Google’s Android. Another research firm, GfK, has run the numbers and they’ve got the same results, but they also have another nice new little tidbit: Android has officially overtaken Symbian in Asia*. That’s pretty big when traditionally Nokia has been the dominate player in that region. According to the Q3 2010 financial results of the Finnish firm, 27.8 million of the 110.4 mobile phones they sold that quarter, meaning both smartphones and feature phones, went to the Asia-Pacific region. That’s 1 in 4 units.

The market in that part of the world is growing fast, and Nokia is getting left behind. We’re all waiting desperately to see what the new CEO, Stephen Elop, can do to swing the company around and make it not only cool again, but able to produce devices that people love.

“Smartphones are the key drivers of the telecommunications industry at this moment. GfK’s retail audit findings are showing impressive, almost three-fold increase in value of the industry when we compare sales figures from the latest quarter to the same quarter a year ago,” said Mr Gerard Tan, Regional Account Director for Telecommunications, GfK Asia Pte Ltd. “While only 1.27 million smartphones were sold in the third quarter of last year, over 4.7 million units were sold in the same quarter this year, signifying a growth of nearly 270 percent!”

It’s only going to get bigger, and much faster than anyone anticipates. By 2015 I’ll be shocked if we haven’t hit the 50% of mobile phones sold being smartphones threshold.

Still pissed that the Xperia X10 may never get some fully functional multitouch capabilities? Well, this may not be the...