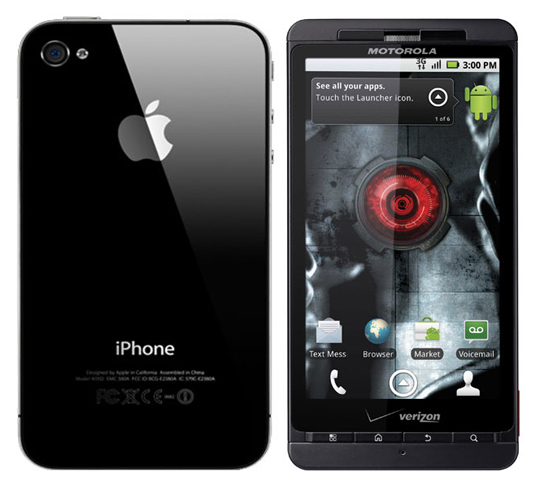 In early October, we caught wind of Motorola suing Apple over some alleged patent infringements. Later that month, Apple counter-sued Motorola for some patent infringements, too. It’s a patent-infringement-lawsuit extravaganza! This time, the International Trade Commission, or ITC, has agreed to look into Apple’s claims against Motorola.

“The U.S. International Trade Commission (USITC) has voted to institute an investigation of certain mobile devices and related software,” the ITC said in a statement. “The products at issue in this investigation are mobile devices, such as smartphones, and their operating systems, user interfaces, and other application software.”

Apple has taken issue with Motorola’s use of multi-touch technology, and the six different patents we outlined before may affected devices like the Droid series handsets and the BackFlip and Cliq.

Apparently, Steve Jobs & Co. aren’t terribly pleased with what Motorola – and presumably others – is doing with its software and enabling certain multi-touch features and capabilities. Apple is looking to getting a cease and desist in order, but I’d venture to say that the likelihood of that happening is rather slim.

Going forward, the ITC chief administrative law judge will assign the case to one of the organization’s six judges, who will schedule and hold an evidentiary hearing and later make a determination.

Additionally, the ITC is also looking into Motorola’s claims against Apple and the 18 patents that are allegedly being infringed. Some of the technologies covered is Apple’s use of WCDMA, GPRS, 802.11 and antenna design, which gives me the impression that these sorts of things turn out to be a real stretch. It’s also part of the reason why patent lawsuits only end up stifling innovation in the long run.

So sit back and relax as this plays out because it could take a very long time before the two companies will settle — the likely outcome.

You didn't think HTC and Samsung were just going to get sued and take it laying down, did you? The...