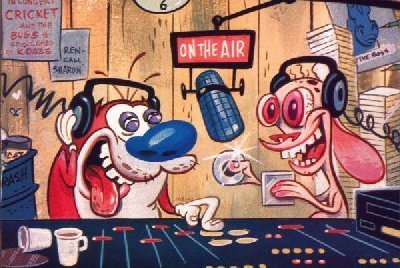 Apparently Apple’s approval system for iPhone applications likens single-station radio programs to fart apps, now. Developer DJBApps had attempted to submit 10 apps to the App Store and had them all rejected, being cited secion 2.20 of the developer agreement: “Developers ‘spamming’ the App Store with many versions of similar apps will be removed from the iOS Developer Program.” Even an appeal directly to His Steveness received a typically-terse “Sorry, we’ve made our decision.” If they had put all of the stations into the same app, the situation would have been a little different.

To be fair, the App Store certainly has a spam problem, and you can hardly blame them for wanting to prune the tree, as it were. However, completely innocent apps have often been caught in the crossfire, like that political cartoon app, Google Voice, and Grooveshark.

I’m really not a fan of this development since I hit up WeFunk Radio on my iPod Touch pretty regularly, and as a small community-supported station, I really wouldn’t expect them to release (let alone have the resources to develop) a multi-station funk music app. DJBApps brings up a lot of valid points, like Apple won’t allow metadata to mention competing mobile platforms, but they expect radio stations to play nice and squeeze in together under one app. There’s also not much of a case for duplicate functionality, since these radio stations target vastly different audiences. In the end, if Apple sticks by this rule, it’s no real skin off my nose – it just means we’ll see an exodus of quality apps to the other more reasonable app stores offered by BlackBerry, Android, Palm, and Microsoft.

Simon Pegg autobiography is a graphic novel for iOS and Android

If you're going to tell the story of your life, you might as well do it in style. Simon Pegg...