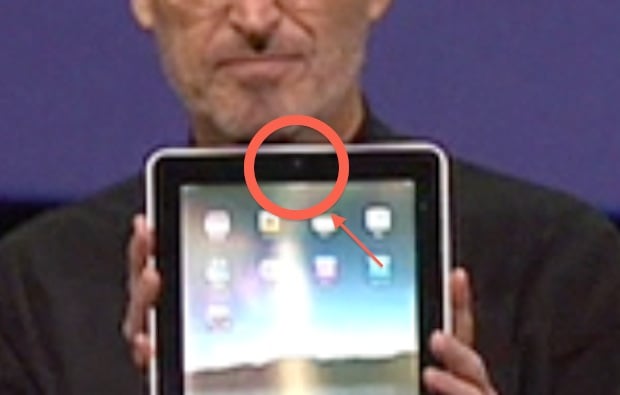 Some murky rumours are floating out from China suggesting that the next iPad will be lighter, thinner, have two cameras, and a three-axis gyroscope for gaming. This jives well with earlier analyst reports, but we still have yet to see any hard evidence, so take it all with a grain of salt. The source of this rumour says the 9.7-inch screen size will stay the same, and that it will be the same Retina quality as the iPhone 4. Release sould be around first quarter, which would put it in square competition with the BlackBerry PlayBook.

A camera for photography and a secondary one to use with FaceTime would meet a lot of the current complaints with the iPad, and a camera certainly isn’t something we haven’t heard murmurs about before. Throwing a Retina-quality display bigger than any other competing tablets would no doubt seal the deal for anyone shopping around. I do worry what a Retina display on a tablet that big would do to battery life and cost, but under Apple’s fierce marketing, those things likely won’t matter much.

I’m not going to hold my breath waiting for these rumours to come true, but they sound plausible enough, and worth keeping in the back of my mind.