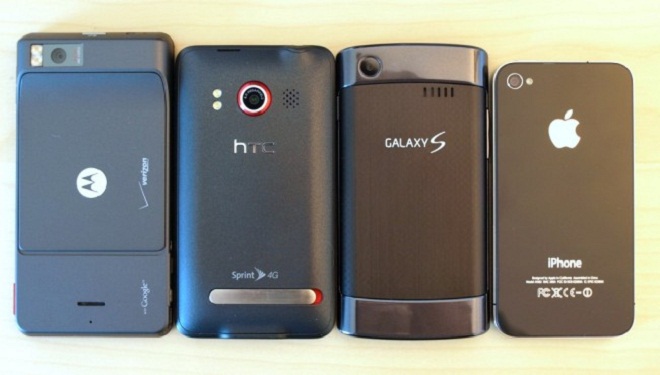 A new study from the GfK Group suggests that smartphone owners aren’t loyal to any handset maker but Apple iPhone owners buck the trend slightly.

Apple iPhone owners were a bit different though, as 59% of those surveyed planned to stick with Apple’s smartphone for their next purchase. Microsoft received the lowest loyalty score with 21% but it’s unclear if this survey was for Windows Phone 7, which was only released a month ago.

“Loyalty with a handset is a lot more complicated these days in that people buy into experiences at the high-end level,” Ryan Garner, the lead analyst on the survey, told Reuters. “If a phone doesn’t do what it says it will do or what the owner hopes it will do, the maker will lose loyalty.”

I think it’s a good thing that many people aren’t loyal to a certain manufacturer or platform because that will make every company work harder. With the iPhone, Droid X, Galaxy S devices and the multiple Windows Phone 7 handsets, there’s a high-end smartphone on every carrier in multiple form factors. There are slight differences between the devices but most will offer a strong processor, good screen, WiFi, GPS, and a wealth of apps.

I do think apps are going to be an important way to make users stick with a platform, as I know many people who have invested too much in iPhone apps to really go to another smartphone OS.

HTC HD7 with Windows Phone 7 suffers from the death grip, too

Perhaps the Antennagate issue that plagued the iPhone 4 wasn't exclusive after all - just like Apple said. The HTC...