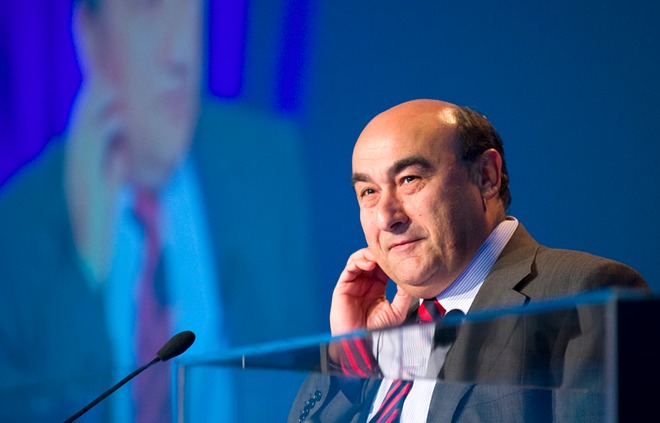 Although Acer has totally been under the radar in the U.S. in terms of smartphones, the company is hoping to change that with a some Windows Phone 7 handsets. And while we’ve been under the impression that the manufacturer would be building Windows Phone 7 smartphones, Acer CEO Gianfranco Lanci confirmed it today in an interview during the manufacturer’s press conference.

Regarding moving from Windows Mobile to Android and now to Windows Phone 7, Lanci had this to say:

We saw a lot of limitations on Windows Phone a couple of years ago and we moved to Android because of user experience, and even the possibility to be a little more creative from a content offering and so forth is better than on the Windows phone. If we look at Windows Phone 7, today, I think we see the same opportunity you can see on Android in terms of customization.

It looks like Acer isn’t just looking to make some bland, boring, run-of-the mill handsets with Windows Phone 7 given its customization options. Hopefully those handsets will come around when the rumored January update hits, so that Acer can come out of the gates with handsets that feel more complete than current Windows Phone 7 smartphones.

But all is not lost for Acer’s Android efforts as a tablet is still in the works. However, Lanci said that the company is waiting for Gingerbread to be released before it uses the Google platform for its tablets. Apparently, Lanci feels that Froyo really wasn’t the right decision for a tablet computer. Google agrees.

Additionally, Acer is also working on MeeGo, which should be ready to go next year – presumably on Nokia devices first. Between Android, Windows Phone 7 and MeeGo, hopefully Acer won’t be spreading itself too thin next year.

It’s an interesting interview as Lanci goes on talking about Chrome OS notebooks, the importance of battery life in mobile devices and just how much Apple influences the market. For the full interview, check out the link below.

Held in high esteem due to its BlackBerry-like portrait QWERTY keyboard, the Dell Venue Pro has had a rather inglorious...