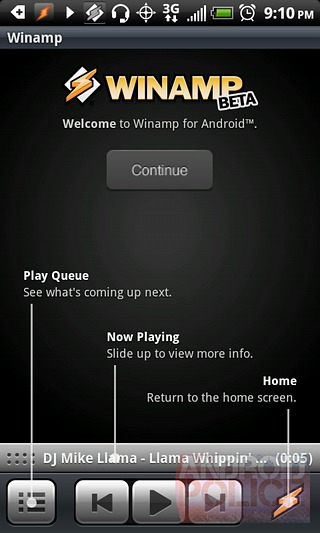 Winamp is now ready for business on the Android platform as it leaves its beta stages for a full, version 1.0 release for the general public. The nice thing about the Winamp media player for Android is, well, it’s not the default media player on Android, which is terrible. Unless you’re already using and in love with DoubleTwist, you might want to give Winamp a shot.

The app allows you to sync with iTunes, and it lets you sync content between your Android smartphone and PC over Wi-Fi or a USB connection. Here are some of the features you can get with the app, too:

For additional features and info, check out the full press release on the next page.