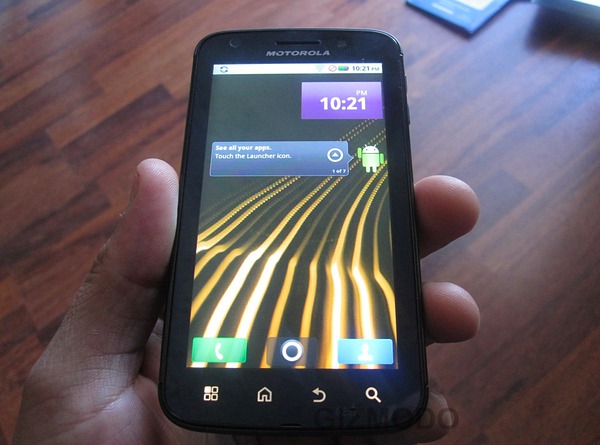 The Motorola Olympus is one hotly anticipated Android device, and it looks like we could be seeing it some time soon. After all, one managed to find its way into a flea market for an unsuspecting and lucky person to purchase. Whether that’s the actual story seems irrelevant at this point, because the lucky new owner managed to snap a number of photos of the device. The non-blurry kind, which is always a bonus.

The Olympus will be featuring the sexy Nvidia Tegra 2 dual-core processor, which opens up a world of dreams for power users. It will also be running the latest version of Android, but fingers are crossed that maybe it will ship with Android 2.3 or Gingerbread. From the images, we can also see an HDMI out port, which seems to be a more standard feature on Android devices these days. And of course, in terms of hardware, we expect nothing short of awesome from Motorola after a series of impressive Android handsets.

When can we expect to see the Motorola Olympus in stores? Just the other day we saw a Facebook update from AT&T saying that it could be as early as this month, or possibly even next month in January. The phone ought to be a real beast in terms of performance, and there really is no telling exactly how much more we can see out of our smartphones with a dual-core processor, but I’d expect good things.

It's time for a quick little iPhone tip. Let's call it my tip of the day, shall we? It comes...