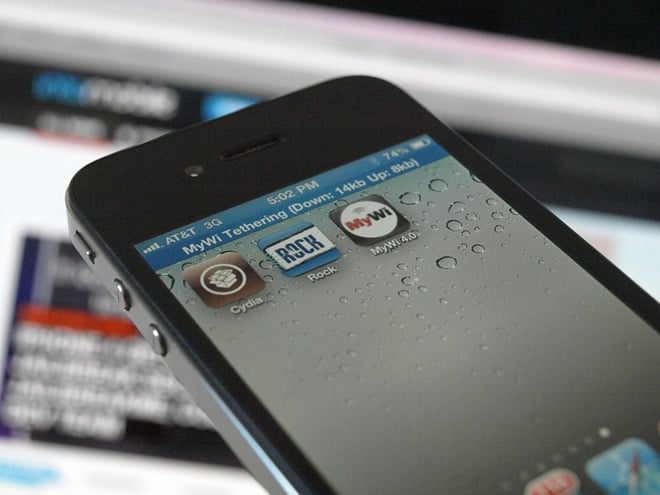 Yahoo! News just announced the iPhone 4 as the number one obsession of 2010. It’s not terribly surprising given the attention the Apple smartphone received thanks to the story of its leak back in April, the “Antennagate” issue that caused a media stir and the subsequent whispers of the reason why we don’t have a white version of the device yet. Then there was the “Glassgate” rumor regarding slide-on cases and cracked glass that failed to take off, but it was very briefly discussed nonetheless.

Love it or hate it – and perhaps those two sentiments is the reason why the iPhone 4 got so much attention – Apple’s smartphone dominated a lot of the news this year. Any and every little thing that happened with the device (or didn’t happen in the case of the white iPhone 4) made headlines. I think it’s pretty safe to say that the iPhone 4 deserves its spot as the number one obsession of 2010.

Not too surprisingly, the iPad came in at number three for this year’s top 10 obsessions. One thing I ought to make clear is that the list isn’t limited to technology or gadgets, which makes the consideration and placement of these two devices that much more noteworthy. If recognition on Yahoo! News’ top 10 list isn’t enough for the iPad, it also happens to be Oprah’s number one favorite thing this year. The climb for the Samsung Galaxy Tab just got a little higher.

Isn’t it a little funny that around this time last year, there were many who were decrying tablet PCs and saying there was absolutely no market or need for them?

If the iPhone 4 and iPad were numbers one and three, respectively, who or what came in at number two? Lindsay Lohan. There really isn’t much more that needs to be said about that.

What do you think? Does Apple deserve this recognition or were there other items or people who deserve to be in the number one spot?

Before the fanboy in you takes over and your body goes into auto-pilot as you type out your comment, do note that the list isn’t for the best things ever in 2010; it’s for the things that the media obsessed over this year. Regardless of how I feel about either Apple device, there is no denying their influence when many of my non-geek friends know about the iPhone that was left in the bar, the antenna problems that plagued the device and think that every tablet device is an “iPad.”

Zynga is taking the mobile space seriously, as it has just announced that it has acquired the mobile game developer...