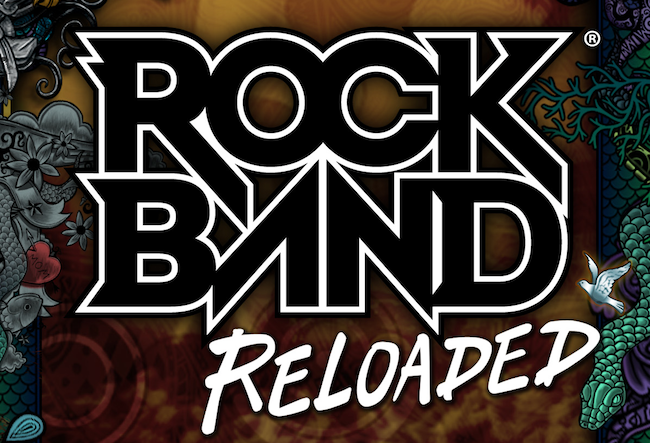 It’s been a little over a year since Rock Band was released on the iPhone and completely blew us away with its 4-player multiplayer mode allowing players to play each instrument on their respective iPhone via Bluetooth. It looks like the rockin’ won’t be stopping any time soon as EA Mobile has released a new version of Rock Band called Rock Band Reloaded.

Rock Band Reloaded features 20+ songs such as Duran Duran’s “Hungry Like a Wolf”, Billy Idol’s “White Wedding”, Drowning Pool’s “Bodies.” One of the big updates for Rock Band Reloaded is the ability to sing along with the tracks as the game now has vocal recognition similar to how a vocalist performs in the console versions of the Rock Band titles. You’ll still be able to play the vocals section as you did in the original Rock Band for iPhone by tapping the vocal tracks, but if you’ve been looking for a more authentic way to sing along with your tracks, Rock Band Reloaded has got you covered. Just be sure that if you decide to sing along with the tracks, that you’re as far away from human ears as possible, or you produce angelic-like sounds as your morning commute could turn ugly if you can’t carry a tune.

You’ll be able to play across 6 cities in 36 events in Rock Band Reloaded’s “Tour Mode” where you’ll be able to earn up to 50 awards and achievements by completing certain challenges while you play. The iPad version features some exclusives such as a head-to-head split-screen multiplayer mode as well as much more flexible controls including the new “Big Drums” layout where you’ll be able to play the drums in a more comfortable setting as the inputs are literally big drums that take up much of the iPad’s real estate.

So far, Rock Band Reloaded doesn’t offer the dream of being able to play with strangers online via Wi-Fi, but just like the previous game, you’ll be able to play along with your friends between guitar, bass, drums, and vocals for up to 3 people (for a total of 6 possible players) via Bluetooth or local Wi-Fi. You’ll also be able to use your Facebook login credentials to follow your friends’ progression through Rock Band Reloaded as well as challenge them, but you’ll also be able to receive updates from EA to check out the latest news and when any new songs release.

With the addition of vocal recognition and an iPad version with exclusive features, Rock Band Reloaded seems to be the Rock Band game that we all wanted originally. Now if only EA could figure out how to play with others online via Wi-Fi.

The BBC iPlayer iPad app will be adding subscription services and will be going global. The app provides users access...