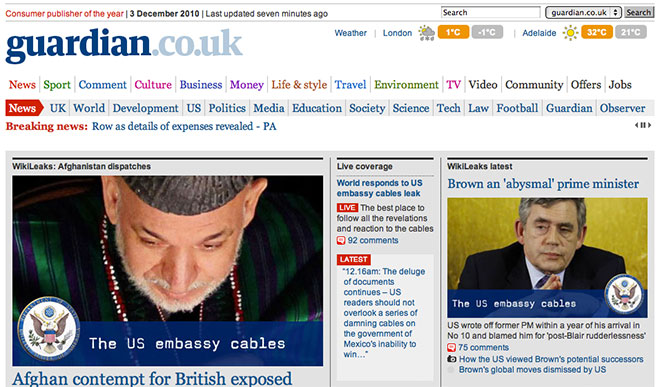 The Guardian, a British national daily newspaper, informed its readers of impending changes to its iPhone app. While most of the updates are standard fare, one section details new pricing changes that deviate from the normal one-time payment options currently available in the App Store. According to The Guardian, its updated iPhone app will soon be available in six and twelve months options that will cost £2.99 for six months and £3.99 for 12 months.

This informative update was provided by Jonathon Moore, the newspaper’s mobile product manager, who also stated that the subscription-based application was expected to debut sometime before Christmas. This timeframe is critical as it fits in nicely with an Apple event possibly scheduled for December 9th. At this rumored event, Apple is expected to unveil iOS 4.3 as well as subscription billing for applications.

The Guardian is not the only application that may move to subscription-based prices. Apple is reportedly working with Rupert Murdoch and News Corp to develop The Daily, an iPad-only daily newspaper. The prevailing rumor suggests News Corp has over 100 writers working on this digital newspaper and has plans to roll it out in the upcoming weeks.

[Via Apple Insider and The Guardian]

The Skyfire iPhone browser has only been available in eight countries before today but the company announced that it will...