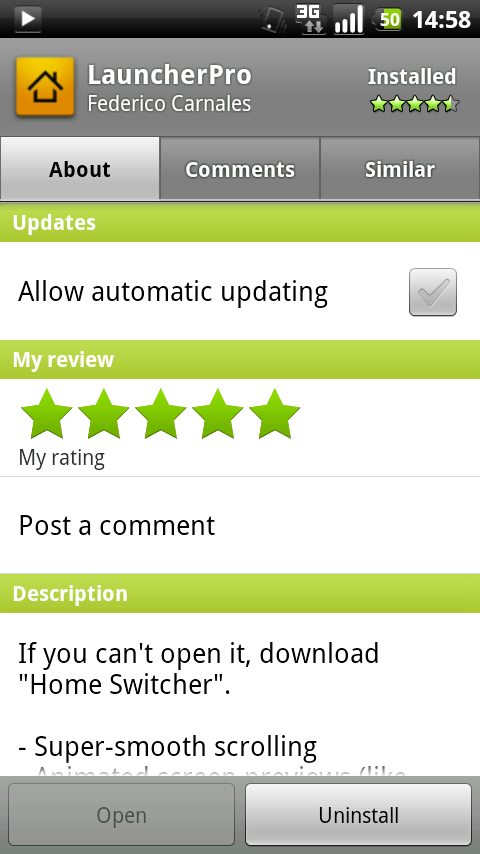 The Android Market is being quietly updated across select 2.2 Froyo handsets to include a new “Similar” or “Related” tab in every app to find others like it. Not everyone is getting the update in the on-device app store just yet, but there are consistent reports that the new tab is showing up automatically.

It’s a small but useful update, and one can only hope that it’s paving the way for 2.3 Gingerbread, which is potentially due to land on Monday. Though that update will bring goodies like video chat, NFC capabilities as demoed on the Nexus S, and a few visual upgrades, 3.0 Honeycomb is what a lot of people are waiting for, namely so Android is better-suited to tablet form factors.

In any case, anyone seeing the new tab in their Market? Let us know in the comments! It would be good to get an idea of which devices are receiving the update and which aren’t.