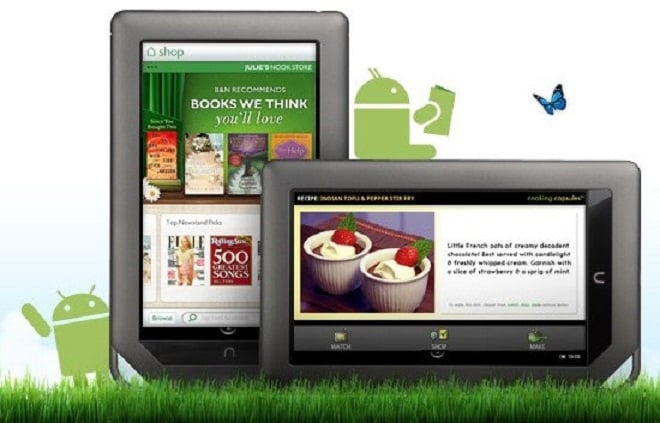 Barnes & Noble has finally released the software development kit for the Android-powered Nook Color and this could lead to multiple apps on the color e-reading tablet.

While the Nook Color is powered by Android, it won’t be able to access the more than 100,000 apps in the Android Market. Barnes & Noble did say that it would be relatively simple to port existing programs over, although it will vet these apps for various criteria.

First of all, you can expect Barnes & Noble to axe the apps with excessive violence or nudity but it will also stop competitors from getting on its platform. Don’t look for the Amazon Kindle app to show up on the Nook Color anytime soon even though porting the Android app should be relatively simple.

With a 7-inch color touchscreen and decent hardware under the hood, the Nook Color could be a decent mobile gaming device. While I’m not expecting the next Rage HD to pop up on it, I could easily see a crossword game or Words With Friends being a bit hit with the e-reader crowd.

Will this be enough to make the Barnes & Noble tablet a big success? It’s tough to tell. While the e-reader has a nice price tag at $250, it may never garner the amount of apps that the Apple iPad has right now.

Additionally, we’re in line to see a glut of Android apps from the likes of Motorola and others that will be able to access many of the programs from the market. We may also start to see a price war for Android tablets and that makes the Nook Color price tag not as appealing.

Still, this is a positive sign for Barnes & Noble Nook Color users, as it will give them more things to do with that tablet.

The Astonishing Tribe (TAT) may have just been scooped up by RIM, but there's a new UI in town that...