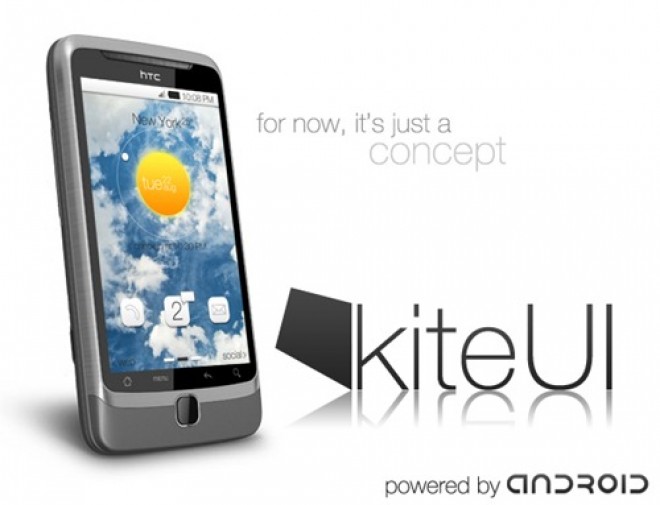 The Astonishing Tribe (TAT) may have just been scooped up by RIM, but there’s a new UI in town that may help us deal with the thought that we’ll never get TATHome on our Android phones. It’s called Kite UI, and while it’s still in a concept phase, it’s nice enough to make us want to give it a go when it becomes available.

The Kite UI brings a refreshed look to the Android user interface. It’s filled with live widgets similar to the HTC Sense UI, but offers a different sort of aesthetic. Simple, and clean. The video you’ll find below should sum it up quite nicely. I really like the way the messaging system works from your homescreen, making a dedicated messaging application almost irrelevant.

You should know that this concept UI is in its early stages, and those involved in the project are looking for coders to help make this concept a reality. If you’ve got some coding skills you aren’t putting to work, then maybe you should head over to the XDA forum and see if there’s anything you can do to help. This has got to be one of the best looking Android home replacements we’ve seen so far, but it’s up to the dev community to make this possible. We’re sure they will find the help they need, and we’ll anxiously await to hear the progress of the project.

We likely won’t be seeing a beta version for some time. Rest assured, we’ll be checking the forums to hear about the progress as time goes on. Once it gets off the ground, we’ll probably see more Kite UI videos. We know this project will likely evolve, but let’s hope it doesn’t stray from this core look.

If you’d like to be involved in this project, PM Liquidice over at XDA for more details.

Skype is in the process of beefing up its mobile teams and this could lead to apps which include video...