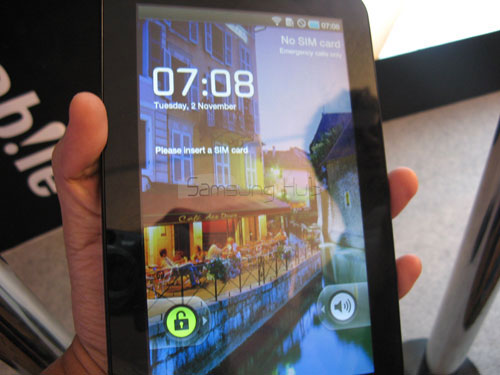 We’ve no doubts Samsung knows what it’s doing with its Android tablet device – Galaxy Tab. The company has managed to move more than 1 million units thus far and is now upping the ante to hit 1.5 million Tabs sold by the end of the year. If you remember, only 30 days after the launch, Samsung has sold 600,000 units.

In its own backyard, they’ve 100,000 people both the tablet and I’m sure numbers for other major markets are just as impressive.

Considering Samsung’s great relations with many of the world’s biggest carriers and considering the overall appeal of the Galaxy Tab, we’re pretty confident the “1.5 million goal” will be reached. The only question I have – are you buying one for yourself? 😉