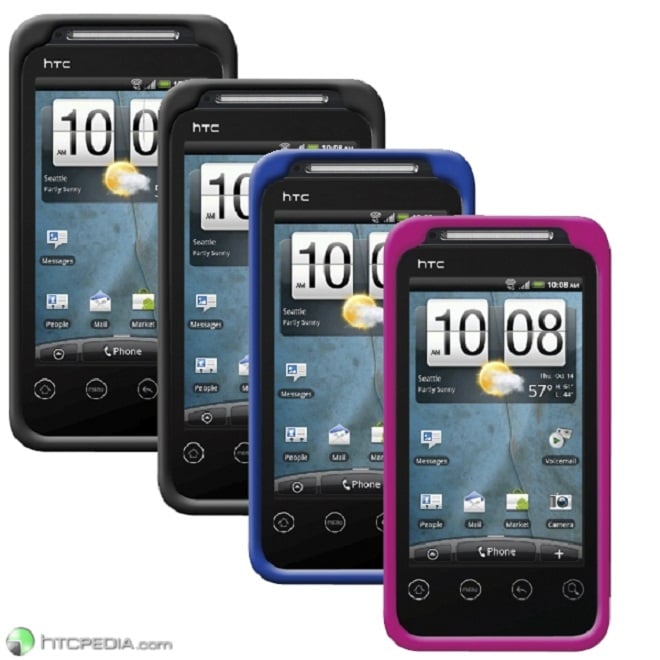 We had previously heard that the HTC Knight (Speedy) would launch Jan. 6 and the arrival of some accessories are further proof that this Android superphone with WiMax should be hitting Sprint in just a few weeks.

HTCPedia has just landed a few cases and some decent-looking pictures of what it claims to be the device and it looks relatively stylish. As we’ve covered before, the HTC Knight appears to be a WiMax-enabled Droid Incredible with a slide-out QWERTY keyboard. Think of it as a slimmer, more attractive Epic 4G.

We’re expecting a 3.7-inch screen, landscape slide-out QWERTY keyboard, Android with Sense UI on top and a front-facing camera with another on the back, of course. There’s no word on what version of Android this will run but I’d guess it will be Froyo, as I don’t think HTC has had enough time to adapt Sense to the Gingerbread SDK.

The Jan. 6 release or introduction date makes a lot of sense, as that is the first day of the major Consumer Electronics Show and this would enable Sprint to capture a few headlines. Yes, we’ll be there and we’ll give you up-to-the-minute coverage on the HTC Knight and all the other cool mobile news.

Sprint is quickly becoming the place to go if you want 4G devices, as it already offers the EVO and the Epic. It won’t be the only one to have 4G smartphones though, as the competition is heating up.

T-Mobile offers the G2 and the myTouch 4G and both of these can use the company’s HSPA+ network for what the carrier is calling 4G. Verizon is also expected to offer some killer devices which can take advantage of its 4G LTE network, as it said it will have a half dozen smartphones and tablets by the middle of next year which can use its next-gen mobile data network.